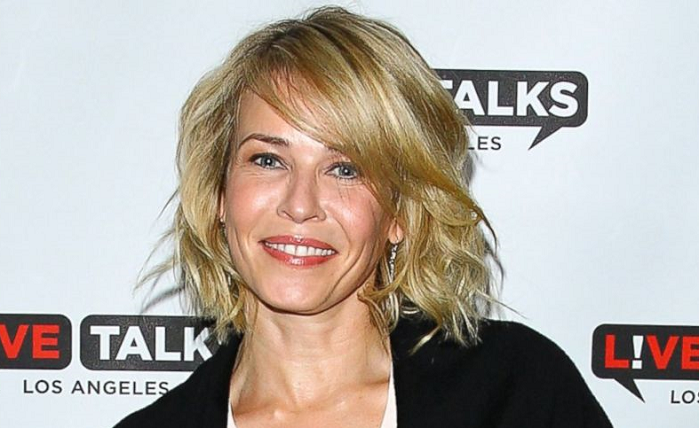 Pro-abortion comedian Chelsea Handler opened up about her two teen abortions in a new column for Playboy recently.

When she was 16, Handler said she wanted to have a baby with her boyfriend, so they had unprotected sex.

“I just thought, ‘Why not?’ I can have a baby,” she wrote. “Maybe I’ll have twins and give them rhyming names. Of course, the idea that I would have a child and raise it by myself at that age, when I couldn’t even find my way home at night, was ridiculous. My parents recognized that, so they acted like parents for one of the very first times in my life and took me to Planned Parenthood.”

Rather than support her and their grandchild, her parents pushed her into having an abortion. Later that year, Handler became pregnant again. For the second time, she went to Planned Parenthood and shelled out $230 to abort her second child.

Now 41, Handler said she made a mistake getting pregnant twice when she was 16, but she has never regretted her abortions. Instead, she called them a “thoughtful decision.” Handler said she would have been a “bad parent” at 16.

“I’m grateful that I came to my senses and was able to get an abortion legally without risking my health or bankrupting myself or my family,” she wrote.

It is difficult not to wonder whether Handler’s babies would have been born if her parents had supported her desire to parent. Teen girls often face pressure from their parents to have abortions when they become pregnant. A 2013 study in the Journal of Adolescent Health found that one in 10 teens who had abortions felt pressured or pushed into the decision. In 2013, a Texas teenager even was forced to sue her parents after they tried to make her abort her unborn child against her will, LifeNews reported.

Lack of support, whether financial or emotional or familial, often is a key factor in a woman’s decision whether to abort her unborn baby. Pro-life organizations across the U.S. reach out to women for this very purpose and help them find the support that they and their babies need. If Handler had found support from her parents or boyfriend or even a pregnancy resource center, there is a chance that the babies who she wanted when she was 16 might have been alive today.

Instead, the comedian appears angry and defensive about her abortions as a young girl. Handler said she is thankful for the U.S. Supreme Court case Roe v. Wade, which opened the doors to legalized abortion for any reason up until birth. She said she is not worried about abortion becoming illegal again because our society has come too far to see it ever be overturned.

“I’d love for somebody to try to tell me what to do with my body. I dare them,” she wrote.