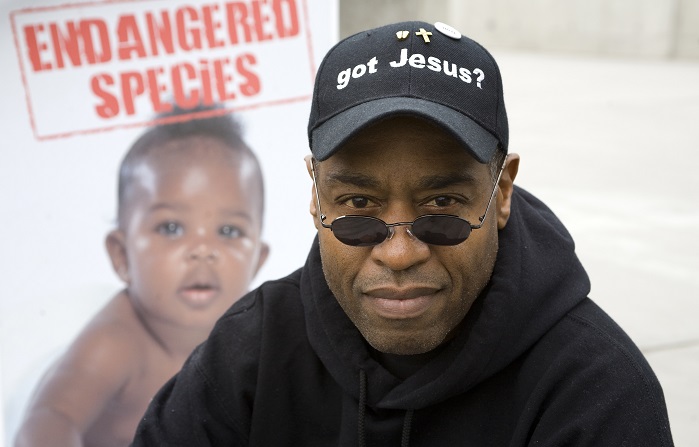 Walter Hoye is a pastor on a mission. The African-American evangelist is blasting abortion — saying that some 20 million abortions on black babies is decimating the black population in the United States.

“Our best estimates, based on a projection of the most recent data through the current period, is that the current cumulative number of abortions from 1967 through June of this year is 59.4 million, of which an estimated 20,350,000 are Black American abortions,” Hoye says.

According to Hoye, the numbers, based on the analysis of data from the U.S. Statistical Abstract for 2013 and the National Vital Statistics Report, Vol. 64, No. 1 dated January 15, 2015, reveal that there were an estimated 9,168,000 Black American women in their childbearing years between age 15 and 44 which make up around 14% of all women in that age group in the United States of America. Of those women who became pregnant, over 40 percent of those pregnancies ended in an abortion.

He concluded: “The Total Fertility Rate for Black American’s is 1.8, which is again below the replacement level fertility rate of 2.1 or the rate at which a generation can replace itself. Clearly, abortion is the biggest single negative force on Black American growth generally, including Black American economic and political power.”

Hoye goes on to say: “Keeping the Black American community smaller and less powerful reflects the racist, eugenic and genocidal mindset behind the abortion policies advanced by Planned Parenthood and the Democratic party under the guise of helping Black Americans. If ‘Black Lives Matter,’ then the life of the human being inside the womb of his or her Black mother matters too.”