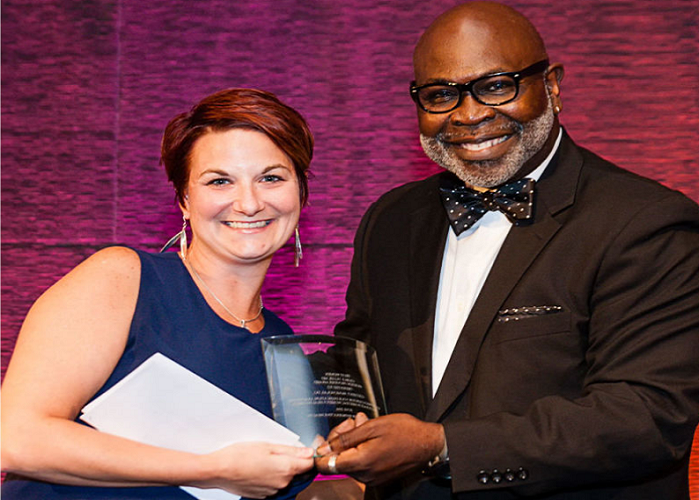 Last week, a posh New York City event headlined by Hollywood stars honored abortionists for the life-destroying work that they do every day.

Cosmopolitan covered the Physicians for Reproductive Health’s annual fundraiser Voices of Courage in NYC, which included actress Olivia Wilde as host and actor John Oliver as guest speaker. Much of the evening’s talk centered around the threats posed to the pro-abortion movement and the “courageous” work of abortionists.

Two abortionists were honored during the event: Colleen McNicholas who works for several abortion clinics in the Midwest and David Grimes who recently retired.

Over the years, McNicholas has developed a strategy for taking power away from the “anti-abortion zealots” who harass her and so many of her colleagues. “By being vocal and being out there and by having my picture out there, I actually have taken something away from [the anti-choice protestors] because there is no gain for them to show up in front of my house,” she told Cosmopolitan.com. “They’re not gonna be telling my neighbors something that they don’t already know.”

The safety McNicholas is most concerned about isn’t her own, but her patients’. A ruling in Whole Woman’s Health v. Hellerstedt — the biggest Supreme Court abortion case in two decades — is expected any day now. The court will rule on several restrictions in H.B. 2, a Texas law signed in 2013 that has caused clinics across the state to shutter. If it’s upheld, it will have a serious impact on abortion access not only in Texas, but across the country.

“Legislation doesn’t make abortions go away.” McNicholas said. “The truth is, I will still have a job, but I’ll be taking care of women as they come into the hospital after somebody else tried to do their abortion unsafely and illegally. My job as a provider will never go away.”

The women’s magazine Marie Claire recently profiled McNicholas and hailed her as a heroine for doing 31 abortions in just one day on the job. She said during the interview that the hardest part of her job is saying no to women who want late-term abortions but are past the legal limit.

The report failed to mention that dozens of women have been hospitalized at the abortion clinics where McNicholas works. Pro-lifers documented 28 times in six years when women were hospitalized for abortion-related complications at her St. Louis facility. She also makes a lot of money aborting unborn babies – enough to host lavish fundraisers at her home with presidential candidate Hillary Clinton and Planned Parenthood CEO Cecile Richards.

David Grimes, the other abortionist honored at the event, described the abortion industry as a “service” oriented profession like firefighters and the police. A recurring theme throughout the night, Grimes brought up the harassment and violence that abortionists sometimes encounter.

“We face those threats, but I’ve never viewed it, personally, as an issue because doctors for the last several millennia have placed themselves between harm’s way and their patients, whether it be black plague, or leprosy, or HIV,” he said.

Grimes talked about back alley abortions prior to Roe v. Wade and accused pro-lifers of being sexist and misogynistic for working to protect babies in the womb from abortion.

“It’s all part of the broad, ugly spectrum of misogyny,” Grimes said. “Women will never fully be able to participate in life unless, and until, they can control their fertility, and thus control their destiny. If women do not have autonomy for such profoundly personal decisions as childbearing, then we relegate them to the status of breed cattle, or elaborate Tupperware containers for nine months. Women are not placentas.”

Jodi Magee, president and CEO of the host group, said the pro-abortion movement is facing “horrible things” in the United States.

“But the mood here is always one of celebration because we’re honoring doctors that we love,” she told the magazine.

But, peel back the facade, and the true nature of celebration becomes horrific and gristly. By celebrating abortion practitioners, they also are celebrating abortion – a brutal, abusive money-making trade that destroys the lives of more than 1.1 million innocent unborn babies every year.