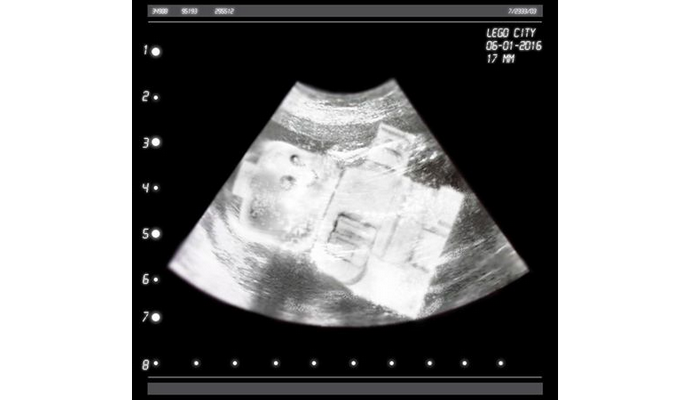 LEGO is tapping into the joy many parents experience when they see their unborn child for the first time on an ultrasound screen.

In an announcement for a new baby minifigure this week, the toy company created a life-affirming graphic depicting a LEGO “baby in the womb.” The company made the graphic look like a birth announcement coupled with a “photo” of the toy baby on an ultrasound screen. The hazy gray ultrasound “photo” shows the smiling “baby,” its size and estimated birth date.

“It’s a big day! The first ever LEGO baby minifigure says HEY! to the world, arriving with the LEGO City 60134 Fun in the Park set, tomorrow June 1st !” the announcement reads.

The ad was well-received on social media, with many pro-lifers thanking the company for the life-affirming announcement. Actress and pro-life advocate Patricia Heaton tweeted about it, too:

The ad taps into the strong feelings that ultrasound images of real unborn babies often create. Ultrasounds have become powerful tools in the abortion debate because they show what until recently was hidden from the public eye – a baby in the womb. Ultrasound images show that unborn babies are valuable human beings who act in much the same way that born babies do. Thanks to the new technology, parents have watched their unborn babies smiling, sucking their thumbs, grimacing, clapping, turning somersaults and much more. Texas Right to Life’s Melissa Conway described the ad as “simply adorable” in an interview with the Independent Journal Review.

“LEGO’s introduction of the LEGO baby acknowledges that life, including preborn life, is literally and figuratively a growing industry,” Conway said. “This campaign and expansion to the toy line is a fun way to acknowledge that life begins in Mom’s tummy and affirms that children can easily and undeniably grasp the importance of life, growth, and family.”

However, abortion activists have gone to extremes to suppress information about unborn babies from the general public. Last winter, they even went so far as to openly criticize a Doritos commercial that showed an unborn baby on an ultrasound screen. Sean Davis, co-founder of The Federalist, saw the new LEGO ad and remembered what happened with Doritos:

Can’t wait for the abortion activists to tell us that’s actually just a clump of blocks, not a LEGO baby. pic.twitter.com/vIk6soBjVY — Sean Davis (@seanmdav) June 1, 2016

Abortion activists try to avoid anything that “humanizes fetuses” because they know the facts change people’s minds. One study found that 78 percent of women considering abortion chose life after seeing their unborn child’s ultrasound image.