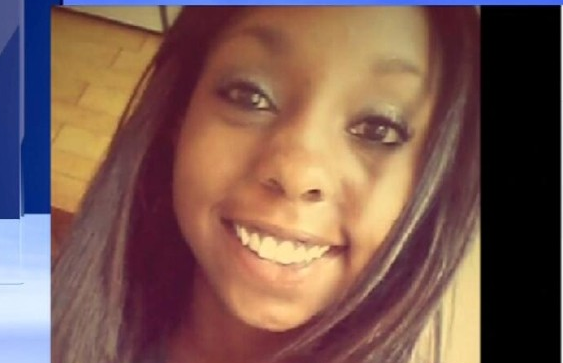 Police are investigating the horrific death of a pregnant North Carolina woman whose family believes she was murdered because she refused to have an abortion.

The Washington Post reports Candace Pickens, 23, was a loving mother to her 3-year-old son Zachaeus; however, she also was enduring an abusive relationship with her boyfriend, Nathaniel Elijah Dixon.

When she discovered she was pregnant with Dixon’s child, friends and family said she was being pressured by Dixon to have an abortion. She refused, and her family believes Dixon murdered her for it, according to the report.

On May 12, a jogger found Pickens’ body in a park in Asheville, North Carolina with her young son beside her, the report states. Police described the manner of her death like an “execution” because she had been shot in the head at point-blank range. Zachaeus also was severely injured, according to police. He currently is in critical but stable condition at an area hospital, according to the report. It is unclear how far along in her pregnancy Pickens was, but her unborn baby also did not survive.

Dixon has an extensive and violent criminal history, including attempted robbery and alleged domestic violence against another woman, according to the report. Police said they arrested him in Columbus, Ohio last week and charged him with first-degree murder, attempted first-degree murder and child abuse. On Monday, he also was charged with murdering an unborn child, according to WLOS News 13. Authorities said they also rescued a 21-year-old female who Dixon allegedly held hostage before his arrest.

Vanessa Peterson, a friend who set up a GoFundMe page for the family, accused Dixon of murdering Candace because she refused to abort their baby. Police said they could not confirm whether that was a motive.

Irene Jenny Pickens, Candace’s aunt, told the newspaper that she also believes Dixon killed her niece because she was pregnant. She said she saw evidence of their abusive relationship on Facebook.

“He found out she was pregnant and he wanted her to abort the baby,” she said. “She would never do that. It wasn’t an option for her, and that’s what sparked the violence.”

On Friday, the local medical examiner said Zachaeus has a 50-50 chance of survival. He had emergency surgery soon after he was discovered in the park, and he lost an eye, WLOS News 13 reports.

Friends and family described Candace as a loving, doting mother to Zachaeus. Her aunt Irene told the Post that her niece loved being a mother.

The horrific story comes shortly after another pregnant woman’s alleged murder in Beaverton, Oregon. LifeNews reported 18-year-old Charreen Stanford was five months pregnant and had just learned that she was having a baby girl when she was stabbed in her home on Monday. Police said an 18-year-old woman who lived with Stanford stabbed her five times before fleeing the scene. Stanford’s family rushed her to the hospital, but she soon was pronounced dead, Oregon Live reports. Reports do not mention her unborn daughter, but it is likely that she also did not survive.

In April, LifeNews also reported a man was arrested in Pennsylvania after he beat his pregnant wife and threatened to give her an abortion.

The rates of domestic violence against pregnant women are high. One in six women is first abused during pregnancy, according to the Centers for Disease Control. Sometimes the abuse occurs after the woman refuses her partner’s demands to have an abortion, as it did with another Pennsylvania case in 2015.

Tragically, sometimes abuse leads women to have abortions. In studies linking domestic violence to abortion, some women reported being forced or pressured by partners into having abortions, while others believed abortion would help them escape their abusive partner.