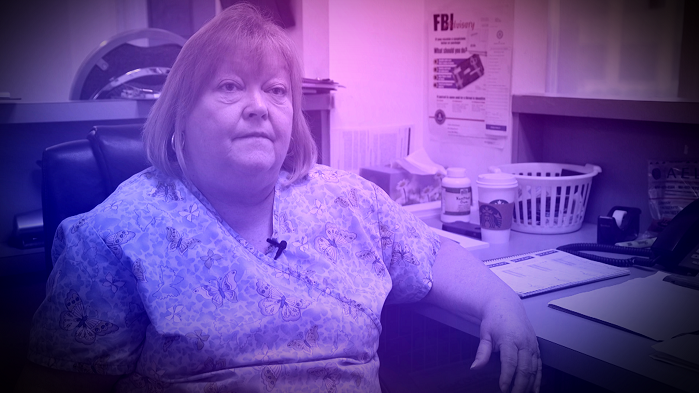 Fusion recently profiled an Alabama abortion clinic owner who helps teens have secret abortions without their parents’ knowledge, painting her as a heroine for her work.

The abortion clinic owner is June Ayers, a 61-year-old who has been in the abortion business since the 1970s. Ayers herself had an abortion when she was 19, and since then she has helped countless other teens abort their unborn babies, too, according to the article.

Such was the case with 17-year-old high school students “Lindsay” and “John” who called Ayers recently to ask how to get an abortion.

Lindsay is one of six kids and grew up in a strictly anti-abortion household. When she found out she was pregnant, she knew there was no question about how her parents would respond: “My parents never have—it’s just something they don’t agree with.”

Judicial bypass exists for teens like Lindsay and John. The question, now, was whether they would need it.

About 20 minutes after they arrived at the clinic, the teens re-emerged from the ultrasound room, faces soft and unreadable. But the news was positive, if complicated: She was early enough in her pregnancy—eight weeks—that she could wait until she turned 18 and bypass the courts.

“She’s about to start college, and she has a goal in life to do something,” John told me afterwards, voice low, eyes at the floor. “We were worried that if we did have to go through the court thing—”

He trailed off. “It was a relief,” Lindsay offered.

The appointment behind them, Lindsay thanked Ayers again and asked her to be in the room during the procedure. “I’ll drop what I’m doing, baby,” Ayers told her at the front desk. “I’ll be in there holding your hand.”

Ayers told Fusion that she learned to work the judicial bypass system over the years. She did not say how many teens she guided to have secret abortions without their parents’ knowledge through the system. She recently sued Alabama after it passed new regulations to crack down on abuses of the system.

The revisions in the law turned what was once a hearing that involved the minor and a judge into a full-on trial process. It dictated that district attorneys be given notice when a person under the age of 18 applies for judicial bypass, and empowered the court to call witnesses—teachers, friends, even parents—into the trial.

And, in arguably its most striking feature, HB 494 allowed judges to appoint a lawyer for the fetus.

The American Civil Liberties Union of Alabama challenged the law soon after it passed. The case went to court, with Ayers as the sole plaintiff, in 2015. More than a year later, a decision is still pending because of a backlog of cases in the district’s federal courts.

Only the most extreme abortion supporters want to keep parents from being involved in a minor’s abortion decision. Polls show strong support for parental consent and notification laws that require a parent be involved in a minor’s decision to have an abortion. A Gallup poll found 71 percent of Americans favor such laws.

Parental consent laws can help protect young girls from sexual abusers who often use abortion to cover up their crimes. The laws also help protect vulnerable teens from making a hasty, uninformed decision to abort their unborn babies – something they may later regret. And studies show that these laws help save unborn babies from abortions.

Despite the strong public support for these laws, abortion activists like Ayers frequently help teens bypass these protective measures. In 2013, the National Right to Life Committee found in one state with a judicial bypass, in a period of four and a half years, there were 3,573 judicial petitions to bypass parents and only nine were denied.

Parents are, for the most part, not given the opportunity to consent, they are not given the opportunity to be consulted, they are totally bypassed. Their minor daughter is given a secret abortion and they are then left in the dark trying to pick up the pieces of their injured daughter’s life not knowing where to begin. The abortion industry masterfully manipulates this judicial bypass loophole by getting their own attorneys appointed by the court to shepherd pregnant minors through the intimidating judicial system and the abortion is performed before anyone can take a breath.