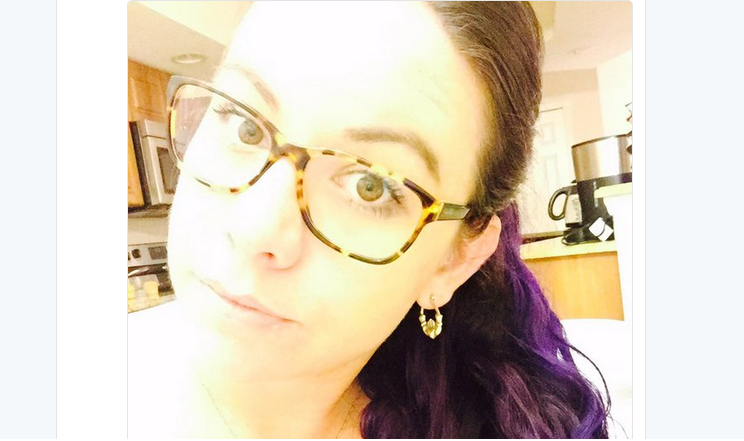 Reading Kelly Fitzgerald’s abortion story is a heartbreaking experience. The troubled young woman struggled with drug and alcohol problems for years and now claims that aborting her unborn baby helped her to eventually overcome her addictions.

Fitzgerald, who is known for blogging about her journey to overcome her “party girl” past, recently wrote about her abortion at Ravishly.

While working in Cancun, Mexico, Fitzgerald met her now-fiance Fernando. After their friendship progressed into a romantic relationship, Fitzgerald became pregnant. She said they drank heavily on the weekends and were not consistent about using birth control.

In November of 2012, I started to feel unusual. I was extremely tired all the time (even after going to bed obnoxiously early), my boobs hurt, and my period was erratic. It wasn’t until one of my friends became pregnant that it occurred to me that might be the reason I was feeling the way I was.

I purchased a pregnancy test and took it alone in my apartment. It quickly revealed what I had feared most: I was pregnant. Fernando came over to the apartment, and we cried together. I screamed, cried, clenched my fists, and cursed myself.

What was I going to do now? How could this have happened?

The irrational side of my brain was saying, Maybe there is some way we can make this work! I can have this baby.

My rational side answered, Are you f—— kidding me? You can barely take care of yourself. You have a job making just enough money to support yourself living in Mexico and that’s it. Plus, you’ll have to stop drinking and you’re not going to do that.

… Having an abortion was one of the most difficult decisions I’ve ever had to make, but it was the best decision for me, at that time in my life.

I was unstable emotionally and financially, and with a man about whose long-term relationship potential I wasn’t sure. Drugs and alcohol were making my life unmanageable and these factors made it impossible for me to give a child the life they deserved.

Today I’m grateful for my abortion, because it truly was the turning point of my life.

Five months after my abortion, I took my last drink. This year, on May 7, I’ll celebrate three years of sobriety. I am still with the man who stood by me and supported through my decision to have an abortion and through my choice to get sober. We are engaged and will marry in 2017.

It’s heartbreaking that Fitzgerald believes killing her unborn child saved her from a life of drugs and alcohol. Many post-abortive women take an opposite path, turning to drugs and alcohol to numb the pain after their abortions. Numerous studies have linked abortions to drug use, depression and even suicide.

Others facing unplanned pregnancies have turned their lives around because they were determined to create a better life for their babies. For example, Ohio mom Brittany Davis planned to have an abortion while she was in jail for drunken driving; but a wrong turn and a visit to a pro-life pregnancy center changed her mind. She now says her son motivated her to give up her self-destructive habits.

It is commendable that Fitzgerald overcame her drug and alcohol addictions, but her abortion was not what led her down a better path. Like Davis, she and her fiance could have taken responsibility for their actions and gave birth to her child. Through the persistence and determination that she clearly has, she could have made a better life for herself and her unborn child. But she didn’t.

The good that Fitzgerald says came from her abortion does not make her abortion any less wrong. The idea that it’s ok to kill one human being for the good of another is a dangerous one, and one that devalues the lives of every human being.