There’s a new push by abortion supporters (very much including the liberal media) to tell stories in order to convert Americans to the religion of “choice.” But they forget that the pro-life movement also has stories – of women conceived in rape, of women who regret abortion, of abortion survivors. And those stories are all the more powerful because they show one thing: abortion involves two people. Two stories. Not one.

On Friday, abortion survivor Gianna Jessen spoke on a panel addressing personhood at the 2016 Conservative Political Action Conference (CPAC). In an interview after her panel, MRC Culture asked the 38-year-old pro-life activist about the media reaction to her story of surviving an attempted abortion.

“They just try to ignore me,” Jessen said of the media. “Because I don’t think they can really say anything to  me – so their strategy has been, ‘We’re just gonna not talk to her pretty much at all.” She continued, smiling, “But I still get around.”

That she does. Last September, Jessen made headlines after testifying against Planned Parenthood before Congress. There she revealed how she survived a late-term saline abortion.

“This method of abortion burns the baby inside and out, blinding and suffocating the child, who is then born dead usually within 24 hours. This is what I survived. Instead of dying, after 18 hours of being burned in my mother’s womb, I was delivered alive,” Jessen told the House Judiciary Committee.

Because of a lack of oxygen during the attempted abortion, Jessen was diagnosed with cerebral palsy.

“I was never supposed to hold up my head or walk. I do,” she continued. “Cerebral palsy, ladies and gentlemen, is a tremendous gift to me.”

Jessen explained how people react when her story does get out.

Usually when you hear, you know, ‘abortion survivor’ or ‘abortion is going to be covered’ you – a person may get very, very defensive. But I like to just let people know, ‘Hey, you know, I care about you and I’m just telling you the truth about this. And there’s hope for you if you’re pregnant and you’re freaked out. There’s a pregnancy resource center, just Google that in your town, and – or nearby.’

Of how how she shares her story with others she said, “Just bringing kindness and – and this feeling of ‘I don’t have to change you; it’s just my job to present the truth to you.’” 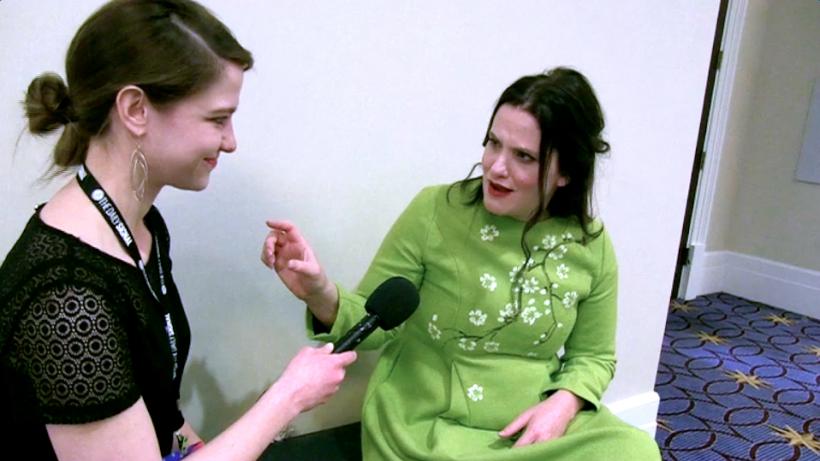 During her CPAC panel, Jessen commented that she likes to begin a conversation with someone about abortion by stressing his or her own worth.

“I believe that people are feeling more and more worthless in society,” she elaborated to MRC Culture. “But if I begin with, ‘Hey, do you know how valuable you are?’ Who knows if they, I mean, maybe they grew up with a parent saying how awful they were. And that could change their life.”

To foster a culture against abortion, Jessen first recommended “educating people” with ultrasounds and crisis pregnancy centers and then focusing on choices such as whether or not to have sex before marriage.

Jessen acknowledged that abstinence is often “laughed at” and “mocked” in a culture where it’s assumed “automatically everybody’s just gonna hook up and live with their boyfriend.”

“Well, no,” Jessen challenged. “I am someone that deserves to be fought for. And so are you. And so, as women, we’re running around saying how valuable we are, but behaving as if we’re beggars.”

According to Jessen, the term “pro-life” extends past abortion.

Pro-life, she said, means “valuing your own life” and “valuing who you are,” both body and soul – something she believes today’s world has forgotten.

Jessen paid particular attention to the worth of young women and girls:

I don’t think girls can hear enough that they are made for epic love, not average love. And I think most girls think, ‘Oh, well, that epic love doesn’t really exist.’ But I think the opposite is true. I think it does exist and we settle for average. And we haven’t heard all of our lives so often how beautiful we are.

She provided an example for young women to follow.

“I heard it said that we treat – we – we teach others how to treat us,” she continued, “And doesn’t it begin with something like this? ‘Hey, you have to fight for me. You stick a ring on my finger and I’ll sleep with you.’”

In the upcoming 2016 presidential election, Jessen expressed hope for a pro-life president. She added though that she wasn’t sure how much the new president might advance the pro-life movement and change the attitude towards abortion.

“I think that we’ve had pro-life presidents before and it seems to just sort of get shoved under the rug, you know?” she said. “It doesn’t meant that they don’t do anything good, but as a culture, we’re not discussing it.”

Towards the end, MRC Culture asked Jessen what she wanted the media to report on most in regards to abortion.

Jessen also wanted her audience to know that she had forgiven her biological mother – and has told her so.

“Any woman listening or man listening that’s been involved with abortion, forgiving yourself is so important,” she said. “And honestly, the only way to be free from the tragedy of abortion is just telling all of that to Jesus. But it’s just important for people to understand that they are valuable and they are worthy of forgiveness, and I don’t believe in shame.”

While the liberal media jump at the chance to positively spin abortion (including the recent #ShoutYourAbortion campaign), they censor stories of women filled with regret – as well as stories like those of Gianna Jessen.