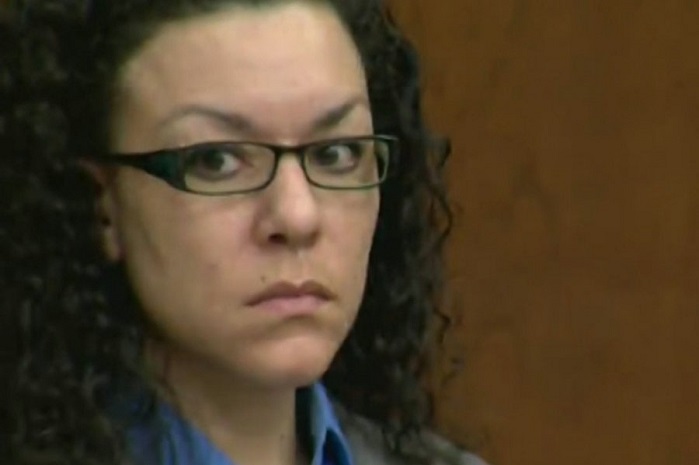 At 7-months gestation, the likelihood that baby Aurora would have survived outside the womb was very good.

But the unborn Colorado baby’s life was cut short in March 2015 when Dynel Catrece Lane allegedly attacked expecting mother Michelle Wilkins and cut baby Aurora out of her womb.

Lane is on trial this week in Boulder, Colorado, for attempted first-degree murder, assault and unlawful termination of pregnancy. However, prosecutors are not able to bring charges for the unborn child’s death because Colorado state law does not regard unborn children as human beings who deserve justice when they are killed. In May 2015, Colorado Democrats killed a bill that would add the state to the list of more than 25 states that provide justice and protection for pregnant women and unborn children. They rejected a similar measure in 2013.

A report shows Wilkins’ baby breathed a heavy last gasp before she died. However, after the incident, a spokeswoman from the Boulder Country District Attorney’s Office said Lane wouldn’t face murder charges for the baby’s death. Instead, prosecutors charged the perpetrator with unlawful termination of a pregnancy.

During the trial Thursday, Judge Maria Berkenkotter blocked testimony about the cause and manner of baby Aurora’s death, according to the Associated Press. Lane’s attorneys argued that the baby was not legally a victim and the details of her death were not relevant to the trial, the report states.

In March 2015, Lane allegedly lured Wilkins, 26, to her home after posting an ad on Craigslist about baby clothes, LifeNews previously reported. After talking with Wilkins, Lane allegedly beat and stabbed her before cutting her unborn baby girl from her abdomen. Left alone in the basement of the home, Wilkins was eventually able to call police, was rescued and rushed to the hospital for immediate surgery. She was in critical condition for days.

Prosecutors argued Thursday that Lane planned the attack on Wilkins, while Lane’s defense attorneys said she did not plan the attack and did not intend to kill Wilkins.

The testimony of Dr. Brian Nelson, a surgeon with UCHealth who treated Wilkins, laid the foundation for the prosecution to prove Lane was premeditated in her actions. In order to prove attempted first degree murder, they must meet that burden.

Nelson told the jury the incisions that Lane allegedly made to Wilkins’ abdomen to remove the baby amounted to “a pretty decent C-section,” suggesting Lane had to have known what she was doing.

“It was consistent with the work of a first-year intern,” Nelson said.

The defense has maintained Lane did not plan the attack, and therefore is not guilty of the attempted first degree murder charge.

Court resumed Thursday afternoon with the testimony of a computer forensics expert who examined a tablet found in Dynel Lane’s home. Longmont Police Detective Sara Pierce says she found images showing medical drawings of female anatomy, which she believes were researched the same day as the attack, shortly after midnight.

Under cross examination, however, the defense asked Pierce whether she could be certain it was Lane who searched those images. Pierce told the court she could not. Defense attorney Kathryn Herold also asked Pierce if she found any evidence on the tablet that a search had been conducted for the term “C-section,” in various spellings, to which Pierce answered, “no.”

Authorities said Lane was obsessed with pregnancy and had been faking a pregnancy of her own for almost a year. After attacking Wilkins, Lane allegedly told her partner that she had a miscarriage and the baby girl was hers, according to authorities.

The trial began earlier this week. On Wednesday, jurors listened to a tearful Wilkins as she explained the horrific details of the attack.

The prosecution rested it case today.