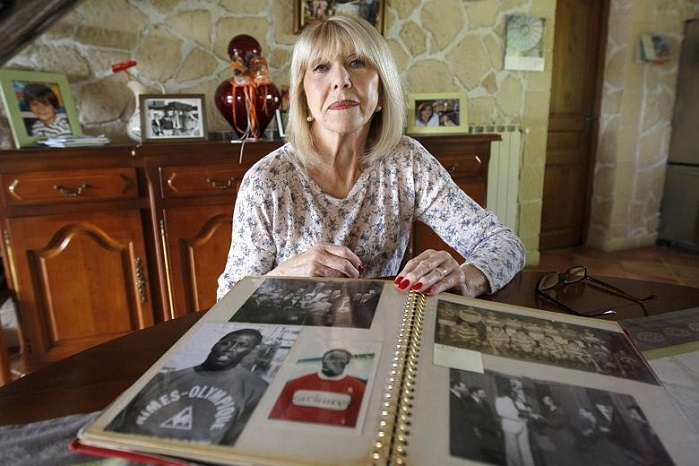 Few take the marriage vows “in sickness and in health” as seriously as Bernadette Adams.

For the past three decades, she has dedicated her life to taking care of her husband, former French soccer player Jean-Pierre Adams, who is in a coma, according to the Catholic News Agency.

In 1982, Jean-Pierre had routine knee surgery to repair a sports-related injury, but never woke up from the anesthesia; he was 34 years old, according to the report. The family later won a lawsuit against the medical staff who botched the procedure, the report states.

Bernadette, now 72, spends every day by her husband’s side at the home in Nimes, France. Jean-Pierre will be 68 in March; and his wife refuses to put him in a nursing home, according to the report.

“I talk to him all the time — about TV, what’s in the mail, anything!” Bernadette told CNN. “There is always movement around him. He is always next to us.”

“I think he feels things. He must recognize the sound of my voice as well,” Bernadette told CNN in a recent interview, saying he can still breathe on his own but needs round-the-clock attention.

Bernadette and Jean-Pierre met at a dance in the 1960s. As an interracial couple, the two grew in resilience through the challenges they faced and married in 1969. Not long after, Jean-Pierre was playing first division side football as the “garde noire” alongside some of the best in the world.

“He was the ‘joie di vivre’ embodied in human form – a laugher and joker who liked to go out,” his wife told CNN.

That all changed on March 17, 1982 when the understaffed hospital botched Adams’ intubation, causing a heart attack, brain damage, and an eventual coma. The surgery was ruled as an “involuntary injury” and the medical workers were found guilty seven years after the incident.

Jean-Pierre, now 68, is cared for daily by his faithful wife Bernadette. She feeds him, talks to him, clothes him, and still buys presents for him to open on his birthday.

“I’ll buy things so that he can have a nice room, such as pretty sheets, or some scent. He used to wear Paco Rabanne but his favorite one stopped so now I buy Sauvage by Dior,” Bernadette told CNN.

The couple has been married for 46 years. The first few years of their marriage were filled with Jean-Pierre’s rise to fame as one of the first black players for the French national soccer team, according to the report.

“He was the ‘joie de vivre’ embodied in human form — a laugher and joker who liked to go out,” Bernadette said. “Really, a smile was always bursting out. He loved the good life and was loved by everybody as well.”

Then the tragic incident occurred, leaving Jean-Pierre in a coma. Though some have suggested euthanasia, which is legal in several European countries, Bernadette refuses to consider it. She still believes Jean-Pierre’s life is valuable, and hopes that he could get better.

“What do you want me to do – deprive him of food? Let him die little by little? No, no, no,” she said. “If one day, medical science evolves, then why not? Will there be a day when they’ll know how to do something for him? I don’t know.”

CNN reports more about the couple’s life together now:

Bernadette looks after her husband with an unfailing love — dressing, feeding and bathing him, turning him over in his bed to avoid sores, and often losing her own sleep to ensure he gets his.

It’s a measure of their bond that on the rare occasions Bernadette spends a night away from home, Jean-Pierre’s carers notice his mood seems to change.

“He senses that it is not me feeding him and looking after him,” says his wife of 46 years. “It’s the nurses who tell me, saying he is not the same.

“I think he feels things. He must recognize the sound of my voice as well.”

Though many would have given up on Jean-Pierre long ago or even thrown away his life by euthanasia, Bernadette perseveres in caring for him each and every day. And that is a true love story.