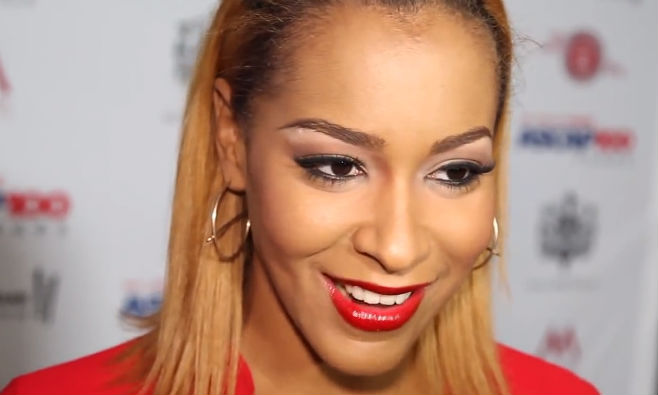 R&B singer and TV reality show star Amina Buddafly struggled to get the words out of her mouth: She had an abortion.

Amina revealed the painful secret to her husband’s oldest daughter, Whitney, on this week’s episode of the VH1 reality show “Love & Hip Hop.” Whitney, the 23-year-old half-sister of the aborted baby, sat stunned as Amina explained that she got pregnant and had an abortion. The VH1 reality show follows young, female rappers vying for success in New York.

“It was really, really a hard situation for me,” Amina told VH1 in an interview. “I didn’t really even want that to be on the show.”

Despite the obvious pain that her abortion caused, Amina reasoned that she “made the best decision in that moment.” Her unborn baby was her husband Peter Gunz’s ninth child to multiple women including Tara Wallace, who also stars on the show, according to the report. Amina said Gunz cheated on her with Wallace and other women, leading her to decide to have an abortion.

On Facebook after the episode aired, Gunz revealed that Wallace also was pregnant with his baby and she, too, decided to have an abortion, according to celebrity blog Wet Paint.

Gunz wrote: “If I Didnt love my Kids. I wouldve Committed Suicide after my Father died but Problem is im loved by many people and doing that would let them down and god down. No matter how much I want to run away from everybody”s life. I cant. They need to let me go. That way everybodys life can go back to normal. I juSt want to a Father to my children and be by myself. Amina having that Abortion opened my eyes.”

Amina said in the interview that her abortion continues to trouble her, but she made the decision not to regret it.

“I don’t like regrets in general, I don’t like to think about anything that I can’t change that’s in the past in a negative way. It is what it is, and I have to be positive and move on from it,” Amina said. “But I am really sad about it, and I’m going to be sad for a really long time.”

Others who have found healing from the pain of their abortions openly and bravely share their stories to encourage other pregnant women to choose life. Hannah Rose Allen, a pro-life blogger, is one of them. She had an abortion when she was a teenager.

“My belief is that the women who choose abortion are often deceived by the message of ‘choice’ and are not truly aware of the destructive consequences that will inevitably follow such a choice,” she said. “Though my deeply personal pain is hard to share, no matter what anybody says to or about me, I refuse to remain silent, for I would be irresponsible in doing so. I will love my babies into Eternity and I will keep my promise to them that I will be their voice, as long as there is breath in my body.”