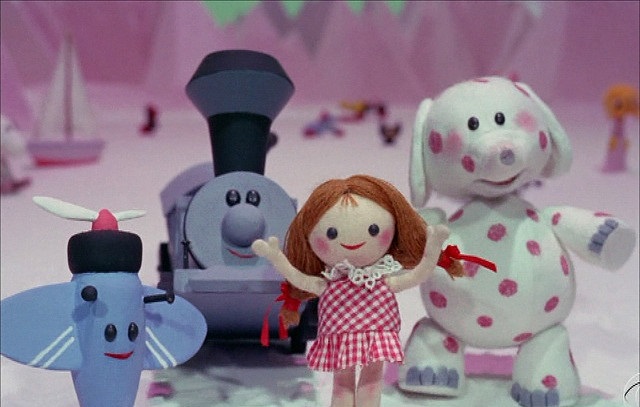 “What kind of Santa would condemn all the Misfits to an island by themselves?” asked my 16 year old with disgust.

“Santa is prejudiced against the handicapped toys,” chimed in my younger daughter.

One of my sons agreed saying, “Yeah, Santa wouldn’t even accept Rudolf… until Rudolf could do something for him.”

Poor Rudolf, even his parents were embarrassed and rejected him until he was found to have some use in their eyes. My children were having a very serious discussion about “Rudolf the Red-Nosed Reindeer” that caught my attention.

I thought they were making fun of one of my favorite Christmas classics by analyzing its hokey animation and plot, but after listening to their discussion I realized that I had grown up with a lie – that even toys that are broken in ‘mind’ and body are worth less than those who are whole.

Did you know Santa did not save the Misfit Toys in the original 1964 stop motion animation “Rudolf the Red Nosed Reindeer?” According to the article ‘10 Things You Didn’t Know About Rudolf the Red-Nosed Reindeer’ by Amanda Ferris, angry letters from children demanded the Misfit Toys be helped and thus the short scene that showed Santa and Rudolf making good on their promise to go back to the island and deliver the Misfits to homes was added and has been shown since 1965.

My children were talking about an important truth – that remaining aloof when unwanted people are marginalized or mistreated is evil. Just like the children in 1964, my kids were angry because they understood through living with and helping care for their little sister, who is physically and mentally disabled, only heartless societies throw away “misfit” people like their sister.

So where can you see a Santa who gives a true picture of compassion? A recent video shows Santa at a British mall in Middlesbrough unexpectedly using sign language to communicate with a little girl who has a hard time talking and it went viral. When true compassion is witnessed we innately value it as honorable and noteworthy .  “As soon as it happened, the whole area just went silent. Everyone was just spellbound by it. People were crying in the crowd, he said. Members of our security staff were almost crying. It was just an amazing moment,” Graeme Skillen, the manager of the shopping center where the Santa was working, explained.

Just like the real Saint Nicholas, who used his inheritance in the third century to help his needy and suffering neighbors thus inspiring the legend of Santa Claus, we are called to be gracious and compassionate to those who are small in others eyes. True compassion does not just notice a need – it does something about it.

Children who were angry about the way the Misfit Toys were treated moved a screenwriter and producer to forever change a holiday classic. If children can make this kind of a difference in a finished, already aired show to alter the ending — you and I can fight against the disappearance of the disabled from our society in the form of abortion, euthanasia, or neglect.  When we spend ourselves on behalf of the weak and satisfy the needs of the helpless, we will forever change their life story.

Santa shuns the disabled or shows compassion: which one will you be?

LifeNews Note: Jesi Smith and her husband Brad are pro-life speakers with Save The 1, from Rochester Hills, Michigan. Smith is a wife and mother to five children including one very special girl named Faith.  Learn more at www.keepingourfaith.com.”