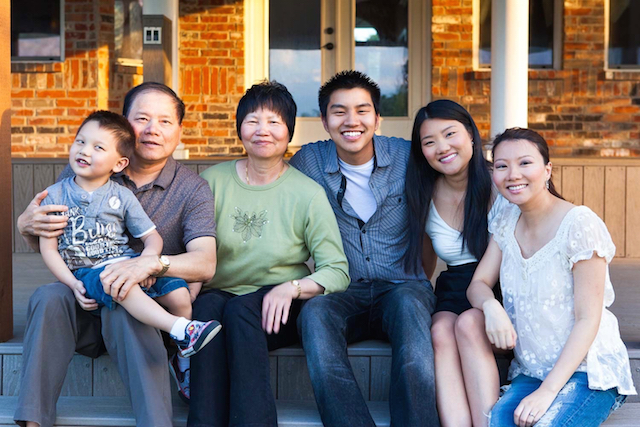 Only weeks ago, the Chinese Communist Party announced that China will be changing its long-standing one-child policy to a two-child policy.

While this is welcome news, the nation’s violent, coercive family planning regime will only be altered moderately by this change. Even ending the policy entirely cannot bring back lives already lost.

For almost four decades, the oppressive regime has strictly implemented forced sterilization and forced abortions on millions of women who were caught having more than one child.

China’s official health ministry estimates that over 330 million children have been aborted since the policy was instituted in 1980. Often, women found pregnant with more than one child are dragged out of their homes, beaten and forced to undergo abortion by the government’s family planning enforcement.

This news is personal to me. I come from a Chinese family of five girls and one boy. All the girls were born in communist China; the youngest three, including myself, were born illegally after the one-child policy went into effect. Because Chinese culture values sons over daughters, a disproportionate number of girls have been aborted as a result. So much so that it has created a major ‘Missing Women’ problem—not just in China, but throughout Asia.

Like most Chinese families, my parents wanted a son. Yet they kept on having daughters: five of them. Despite what the government and society were preaching, my parents and extended family had very strong family values, loved children and didn’t want to abort any of us.

My mom has shared stories about what they had to do in order to keep us safe from the government. When she became pregnant with each of the youngest three girls, she would have to go into hiding for months.

When she became pregnant with me, my parents already had three girls. My older sister, Julie, was just a toddler; my mom had to leave her with a relative and keep my two oldest sisters at home, while she ran to the city by herself to stay with another relative. Government officials would come looking for women like her who violated the law.

When her due date approached, she traveled to another city to give birth to me away from home. She was extremely scared and stressed that she would be caught, but luckily it didn’t happen.

Lisa, at right, pictured with two of her siblings (Photo Courtesy of Lisa Smiley)

There were certain times in the year when government officials were especially strict on families who broke the law. During those times, my two older sisters were left at home in the care of my aunts and uncles, while my parents would have to take the younger daughters to another part of the province and stay with my grandparents.

We were never allowed to all be at home when the officials came looking for us. The whole village was very hush hush; daring families like ours who had more than one or two children ran off with their babies for fear of what the government would do to us.

My oldest sister, who was attending elementary school, remembers this time. Government workers would come up to her and ask where her parents were. She would answer that she didn’t know. My parents never told her much of what was going on, so she didn’t have any secrets to share.

She also remembers how other kids and families would look down upon us and talk behind our backs about our large family of girls. We were not just illegal; we were also socially unaccepted. She heard people condemning our family, saying, What bad luck to have so many girls! That family will surely have no future.

But despite the odds against us, my mom says we were fortunate for so many reasons; she never wanted us to forget that. For one, we lived in the countryside rather than the city where laws were imposed much more strictly.

As poor farmers who grew their own food, my parents didn’t have to rely on the government for their livelihood. Yet they did make just enough to pay a small sum to a few government workers, who treated our family kindly and didn’t report us to the higher officials.

However, looking towards the future, my parents knew their children’s prospects looked quite grim. Fortunately, because much of our extended family had moved overseas, we were also able to leave the country when I was four years old—first to New Zealand, then later to America.

If we had stayed in China, I don’t know what would have happened to us. Many illegally born children are denied legitimacy in the greater society and are forced to live as “ghost children.”

We are fortunate in America today that no mother has to break the law to choose life. But I grieve for the country of China, my motherland. Over 300 million lives lost, each with a personal story of tragedy… and to think my sisters and I could have been counted among that statistic.

I am so indebted to my parents. What they had to go through to choose life for me and my four sisters is incredible.

Today, they are reaping the rewards of their courageous actions. Near retirement, my parents plan to visit each of their children: to stay with those of us in Texas for a few months, then hop over to California to visit my sister and her family.

They talk about this with such delight. They cannot wait to see their grandchildren and cook for us truly authentic Chinese food while they are here—as every Chinese parent loves to do.

I can only imagine what they would be thinking if they had aborted me or any of my sisters. Their thoughts and dreams would be completely different: mourning for lost children, hopes and dreams that could have been, as is the case in millions of homes in China.

It brings to mind a photograph that went viral—of a mother after she was beaten, with her seven-month aborted baby lying next to her. It is a painful sight to behold, illustrating the major violations against human rights that the Chinese government has committed under this cruel policy… and likely will continue to commit.

Children are a blessing and every life has value. I am so fortunate that my parents believed this to be true. If they had believed differently, following society’s views on girls and obeying unjust laws, my sisters and I would not be alive today.

LifeNews Note: Lisa Smiley is a mother of three precious children, and one on the way. She earned a bachelor’s degree in philosophy from the University of California-Irvine. Lisa blogs at LisaSmiley.com as well as for Bound4LIFE International, a grassroots movement to pray for the ending of abortion and believe for revival worldwide. Together with her husband James, they raise their family in the Dallas area. Reprinted with permission from Bound4LIFE.