Three pro-life Republican presidential candidates voted on Thursday to de-fund the Planned Parenthood abortion business after it was caught selling the body parts of aborted babies. Hearings have exposed how the abortion company likely violated federal laws to sell the body parts.

Senators Marco Rubio, Ted Cruz, Rand Paul, and Lindsey Graham each voted for the reconciliation bill that would block, for one year, most federal payments to Planned Parenthood. At least 89% of federal funding of Planned Parenthood would be blocked by this bill. The bill would repeal a number of major components of the Obamacare health law, including two of the major provisions that will lead to rationing of lifesaving care — the “Independent Payment Advisory Board” and the “excess benefits tax.”

After the vote, Rubio told LifeNews.com that he’s “especially proud” to have stood up for unborn children and de-fund the abortion business that kills 330,000 unborn babies a year in abortions.

“I’m especially proud to support what this bill does to protect innocent unborn children, and increase funding for women’s health care by defunding Planned Parenthood and redirecting the taxpayer dollars it currently receives toward more worthy causes. Planned Parenthood has proven itself to be a morally bankrupt organization that shows little regard for the women they purport to serve and even less regard for innocent life. They do not deserve a dime of taxpayer money,” Rubio said.

“Unfortunately, despite all this bill does to provide relief to health care consumers, protect taxpayers and defend innocent children, President Obama has pledged to veto it. Once again, President Obama’s extreme liberal views and actions remind us of why it’s so important for this country to replace him with a conservative president who will actually sign a bill into law that repeals and replaces ObamaCare,” Rubio continued. 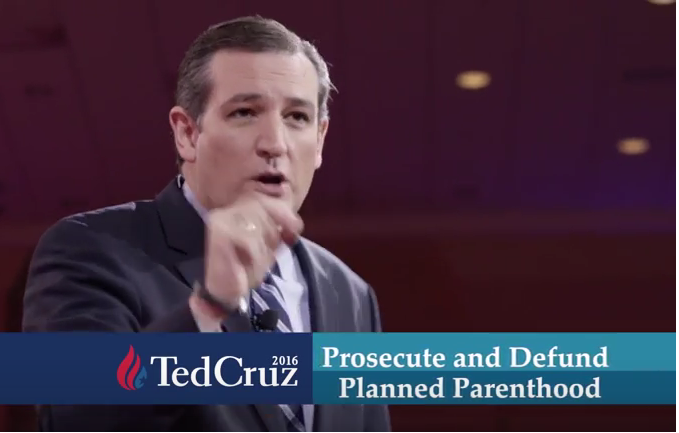 Senator Ted Cruz issued the following statement after his vote to revoke taxpayer funding for the abortion company:

“The vote we took today is a significant step towards repealing every word of Obamacare.  This bill repeals as much of that failed law as we can under arcane Senate rules and the narrow guidelines of the budget.  I am also encouraged that this bill prohibits taxpayer funds from going to abortion-providers.  This bill is a substantial improvement over the original House bill, and I’m grateful to Senate conservatives and Senate leadership for joining me in making it so.”

“In particular, Texas Right to Life applauds Senator Ted Cruz for his uncompromising Pro-Life beliefs and tireless efforts to exhaust every opportunity to defund the abortion industry until Pro-Life taxpayers are protected and Planned Parenthood is bereft of government backing,” the group said.

Finally, Lindsey Graham supports stripping Planned Parenthood of federal funds but the senator from South Carolina said, “If I were president, I would never submit a budget with one dime for Planned Parenthood.”