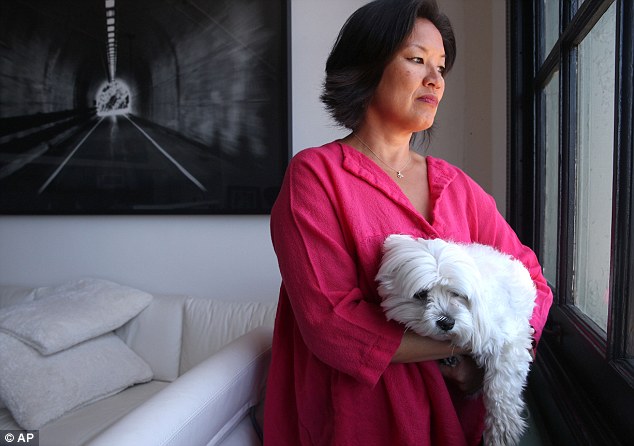 When Mimi Lee (pictured) and Stephen Findley froze five embryos, the couple signed a contract agreeing to destroy them if they ever divorced.

The couple did divorce in 2013, and now a judge is holding them to the contract requiring them to “thaw and destroy” the embryos, according to USA Today.

“Decisions about family and children often are difficult, and can be wrenching when they become disputes,” the judge wrote. “The policy best suited to ensuring that these disputes are resolved in a clear-eyed manner … is to give effect to the intentions of the parties at the time of the decision at issue.”

“It is a disturbing consequence of modern biological technology that the fate of a nascent human life, which the embryos in this case represent, must be determined in a court by reference to cold legal principles,” Massullo continued.

Lee, who had breast cancer, said it was hard for her to get pregnant and the embryos could be her only chance to have a child. Initially the couple believed freezing their embryos was the smart thing to do because Lee was unsure if her disease would make her infertile. However, when Findley filed for divorce two years ago he made it clear that he wanted the embryos destroyed. The couple went to court over their embryos after Lee decided to fight to keep them.

“I want my embryos. I want my babies,” Lee said previously. “They are priceless to me.”

Her ex-husband opposed her, arguing that if Lee had the children she may try to get money from him, according to the court ruling.

According to the LA Times, the couple’s consent forms, which were signed at the University of California San Francisco Medical Center, said that the embryos would be destroyed if the couple divorced.

Disturbing ethical cases like these are becoming more common. In 2014, an Illinois judge decided to award the mother their three frozen embryos, though her ex-boyfriend wanted them destroyed.