Just two days after the bombshell release of the first undercover video from the Center for Medical Progress exposing illegal activity at Planned Parenthood, an ambulance transported an abortion patient from a Planned Parenthood abortion facility in Bloomington, Indiana.

Immediately upon learning of the incident, Operation Rescue began seeking public records related to the 911 call for help. That was July 16.

“We have a patient that needs to be transported to the hospital,” says a worker who identified herself as Patty Long, who is a 15-year employee of Planned Parenthood in Bloomington and serves as the clinic manager.

“She was having a procedure,” Long responds.

The woman was transported to a local hospital where she apparently received emergency treatment to halt the uncontrolled bleeding and potentially save her life.

This scenario has played out over and over at Planned Parenthood abortion facilities across America – 26 times so far this year alone.

The medical emergencies documented by Operation Rescue at Planned Parenthood and other abortion clinics represent a small fraction of the actual number of botched abortions since not every woman is transported to the hospital directly from the abortion clinics where pro-life activists are able to document the incidents. 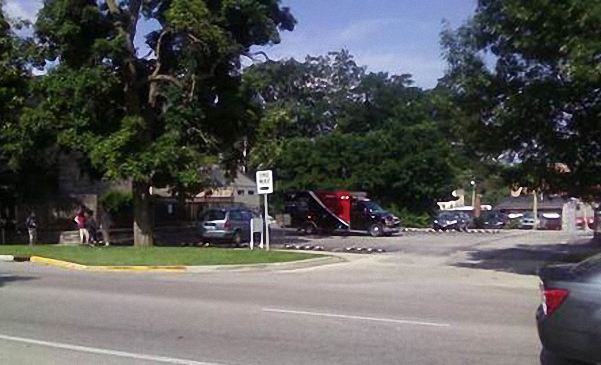 “The truth is, no one really knows how many abortion complications take place in our country because there is no uniform mandatory reporting. Even if there was, follow-up by abortion clinics is sketchy at best,” said Troy Newman, President of Operation Rescue.

A 2013 University of California San Francisco study, whose purpose was to track abortion complications for more than 11,000 women over four years, noted that a full 30% of women (3,446) did not participate in follow-up, so there was no way to know if any of those women experienced delayed complications within a month of their abortions.

Last week, Operation Rescue reported on one such incident of delayed abortion complications that came within an hour of killing a North Carolina woman. When she left the Fayetteville clinic, which was not affiliated with Planned Parenthood, the doctor told her everything was fine.

“Delayed abortion complications are very, very common,” said Newman. “We frequently hear from women who experienced horrific abortion complications that only manifested after they had returned home. These women all make their own way to emergency rooms. There is just no way to know how often that happens, but from what we hear at our office, it happens more than people realize.”

Out of the 53 medical emergencies Operation Rescue has documented during the first 10 months of 2015, a full half of them have occurred at Planned Parenthood facilities.

“Planned Parenthood is conducts 40 percent of all abortions in the U.S., but yet they are responsible for half of the complications we see,” explained Newman. “Granted, our numbers are not comprehensive by any means, but it is an indicator that Planned Parenthood clinics are at least as dangerous, if not more so, as non-Planned Parenthood facilities. They are all indistinguishable apples in a very rotten barrel.”