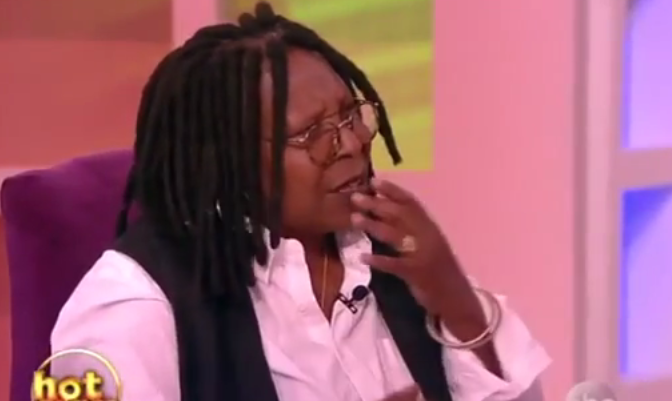 Recently, Whoopi Goldberg made the bold announcement that the Bible has nothing to say about the subject of abortion. An audacious statement, especially since Ms. Goldberg has no scholarly credentials in the field of theology. But it should be noted that Ms. Goldberg is not alone in this belief; other abortion advocates have made such pronouncements as well as made the claim that since the Bible is silent on the issue it must, therefore, be licit.

While it is true that the Bible certainly does not explicitly use the term “abortion” that does not mean that it has nothing to say on the subject. In fact, St. Paul did implicitly write about abortion, specifically in his Epistle to the Galatians.

In chapter 5 verse 20 where he mentions the term “pharmakeia”. This Greek word is usually translated as sorcery or magic, but it has a much deeper meaning than just those.  A more precise understanding of the term could be rendered with another modern translation of the term, “pharmacy” or “drugs”. “Pharmakeia”, in Paul’s mind, would have been drugs (or potions) made by a sorcerer. This word had an even darker tone for St. Paul since it would be these “sorcerers” who made potions that caused abortion.

But certainly, as some would say, Paul could have merely meant to tell the Christian to avoid magic. This, however, seems to be a narrow and shallow interpretation of the Scripture passage.

First, for the reason that the term “pharmakeia” follows after Paul lists certain sexual sins, as one can see in two different translations of the text. The New American Bible translation simply states, “Now the works of the flesh are obvious: immorality, impurity, licentiousness, idolatry, sorcery…”(NAB, Galatians 5:19-20). However, the New Jerusalem Bible offers a slightly different translation, “When self-indulgence is at work the results are obvious: sexual vice, impurity, and sensuality, the worship of false gods and sorcery…”(NJB, Galatians 5:19-20).

This translation gives the reader a better historical insight into what Paul was trying to say. One should always keep in mind that Paul lived in the Roman Empire and his writing, while inspired by the Holy Spirit, was directed towards the Galatian Gentile Christians of the age. These Gentile Christians were formerly pagan, not converts from Judaism, and would have practiced pagan activities prior to their conversions. Paul, being familiar with pagan rituals and activities since he grew up in primarily pagan Tarsus, would have understood this reality.

Again, one must keep in mind that Paul is warning the Galatians against falling back into pagan (those who worshipped false gods) sexual practices which included promiscuous sex and “sorcerers” who made abortifacient concoctions in order to end those pregnancies.  So it makes perfect sense that Paul would have listed the results of “self-indulgence” as the New Jerusalem text translates, the way he did.  It just flows logically since pagan sexual practices did lead to the very real possibility of abortion.

Secondly, Paul was a Pharisee prior to his conversion. But what does this mean? Paul would have been highly educated in the Jewish law and Jewish law prohibited abortion. In addition, Paul certainly understood the words of Christ, “Do not think that I have come to abolish the law or the prophets. I have come not to abolish but to fulfill” (NAB, Matthew 5:17).

Children were seen as a blessing from God under Jewish law. This respect for the unborn as a blessing from the Lord is even mentioned by the ancient Jewish historian Flavius Josephus when he says, “The law, moreover, enjoins us to bring up our offspring, and forbids women to cause abortion of what is begotten, or destroy it afterward…” (See  Against Apion). Paul, in his tome to the Galatians, wishes to convey not only the truth about the beauty of the creation of the unborn child, but that the unjust killing of the unborn child is contrary to the plan of God. He carries the Jewish tradition of the respect for the unborn into the Christian tradition.

Finally, it would seem that this interpretation of Paul is congruent with the thought of the earliest Fathers of the Church.

It becomes quite clear that the author is basically composing, into a teaching volume, the moral theology of the Apostle Paul. St. Barnabas again mirrors this thought in his own epistle when, like the Didache, he states it in such a way that it mimics the way in which it was presented in the Didache. In this epistle he states, “You shall not slay the child by procuring abortion; nor, again, shall you destroy it after it is born” (See Epistle of Barnabas, ch. 19). While the Didache closely resembles the passage from the Letter to the Galatians, this particular epistle mentions abortion first then gets into the list that Paul mentions in the next chapter.

While chapter 20 of the Epistle of Barnabas does not mention abortion in the English translation, it does mention poisoning next to the word “magic”. This is interesting since the word “murder” was just mentioned a few words ahead. It is more than reasonable, that the author of this letter is making the connection between abortion and magic like Paul.

It is clear that the earliest Church Fathers understood exactly what St. Paul meant by this term “pharmakeia” and the concept of abortion is intended to be a part of that declaration of what is illicit. Making the claim that the Bible says nothing of abortion because the word is not explicitly mentioned is not only incorrect, but shows a gross ignorance of the Holy Word. Modern polemicists need to tread careful water when speaking about Scripture. Just because Ms. Goldberg played a nun in two movies, that does not make her a Biblical scholar.

LifeNews Note: Joe Kral has been involved in the pro-life movement since he has been in college.  His MA in Theology was completed at the University of St. Thomas where he specialized in bioethics.  From 1996-2003 he was the Legislative Director for Texas Right to Life.  During that time he was also a lobbyist for the Department of Medical Ethics at National Right to Life.  From 2004-2007 he consulted the Texas Catholic Conference on pro-life legislative initiatives.   In 2006 he was awarded the “Bishop’s Pro-Life Award for Civic Action” from the Respect Life Ministry in the Diocese of Dallas.  He currently is an adjunct professor of Theology at the University of St. Thomas, teaches FTCM courses for the Archdiocese of Galveston-Houston,  and also serves as a voluntary legislative advisor to Texas Alliance for Life. He has been married to his wife, Melissa, since 2004 and attends St. Theresa’s Catholic Church.  This article originally appeared at Truth and Charity Forum.