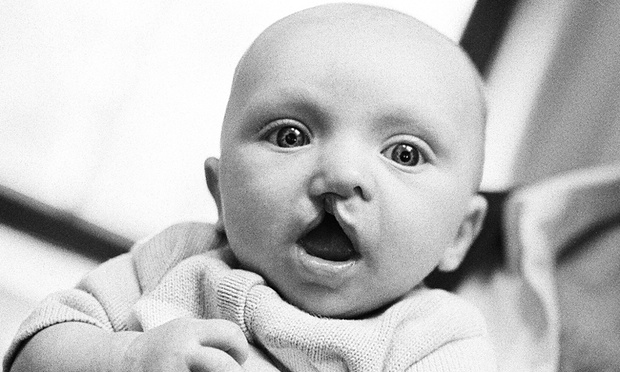 When William Skidelsky and his wife, Gudrun, were told that their preborn baby had a fatal condition, they chose abortion.

Just a few months later, the UK couple got pregnant again. Then at 22 weeks into the pregnancy, doctors told the Skidelskys that their unborn son had a cleft lip. Doctors suggested abortion again.

A few days later, we returned to the prenatal unit to talk to the doctors again. This time, we were taken to meet a senior doctor, an expert in the field of prenatal scanning. …

“Of course, you can go and see the cleft nurse,” he began, “and she will show you pretty before and after pictures and tell you that everything will be OK. But let me tell you what it’s really like.” He launched into a litany of potential problems. There would be endless operations, the likelihood of ostracisation, bullying, low self-esteem. The shape of the face could be affected, with the entire upper jaw recessed. Breastfeeding would be impossible, since the gap in our son’s palate meant that he wouldn’t be able to suck. Later, there would be problems with food coming out of the nose.

“It will be disgusting,” the doctor said, and used his hands to mimic the motion of food exiting the nose. “Your son may speak with a funny voice, a biiit liiiiike thiiiis” – and here he did a pantomime impression of someone with a severe speech defect, all hyper-nasality and elongated vowels. “You are both attractive people,” he concluded. “You could start again. You need to go away, drink a bottle of wine and think about this very, very carefully.”

Afterwards, reeling from his bluntness, we headed outside the hospital’s main entrance for some fresh air. A few minutes later, the doctor came out. As he walked past us, he stopped. “There’s one more thing,” he said. “People who have clefts, when they have children and it’s discovered that their children have clefts, in most cases, they decide not to go ahead with the pregnancy.”

The doctor’s words almost made the Skidelskys change their minds. But the couple remembered the distress of aborting their other child only several months earlier.

A friend of theirs also counseled them to choose life, saying abortion would be a “very sad outcome” for them and their child:

“Instead of focusing on the potential negatives of our child’s condition, his main concern was the effect an abortion would have – the regret it might occasion, the happiness and fulfillment it might cause us to miss out on. He was writing, it seemed to me, more in love than in fear.”

The couple eventually rejected the doctor’s advice. They decided, “If he wasn’t quite perfect, quite ‘normal,’ then so be it. Whatever his defect was, we should embrace it, cherish it, not take the easy course of rubbing it out.

Gudrun gave birth to Hugo at home in 2011. Other than his cleft lip, he was healthy. Hugo is now 4 years old. He has had four surgeries on his palate. Hugo goes to speech therapy, and his parents expect that he will not be at a disadvantage when he begins school next year.

But after four years, William Skidelsky said he still struggles with the idea that a doctor almost convinced them to abort Hugo.

“I don’t find it easy, now, to look back on the period just after we learned about Hugo’s cleft, to know that we came so close to not having him,” William Skidelsky wrote. “Thankfully, we made the right decision.”