In Brazil, conjoined twins Maria Clara and Maria Eduarda Oliveira Santana were successfully separated at a hospital in Goiânia. However, prior to their surgery, professional photographer Mateus André took pictures of the girls.

He said the following about meeting the twins: “I met them by chance, when my wife and I were spending some days in Goiânia. We were walking in the city, and I saw a story on TV asking for donations.” Then André decided to visit the center where the girls were staying and offer his services.

According to the Huffington Post, André wants to use photography to bring attention to babies with physical and intellectual disabilities. He said, “I have a very big responsibility to show other sides of childhood, because reality is full of faces, and the ones that need more attention are those people who are treated by society as insignificant people. Photography has the power to break such concepts.”

After the surgery, André spent some time with the twins’ parents Denise Borges Oliveira and Caique Santana Ramos dos Santos. He said, “Shooting the twins after surgery was a testament of hope. I started to have admiration for those whom society does not try to see. We all deserve dignity, no matter who it is.”

Currently, the girls are still in the hospital but are expected to fully recover. Their surgery only took six-hours are there were no complications. 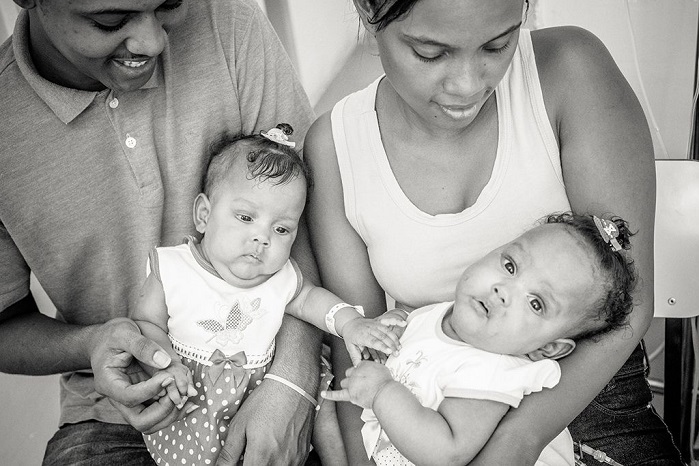