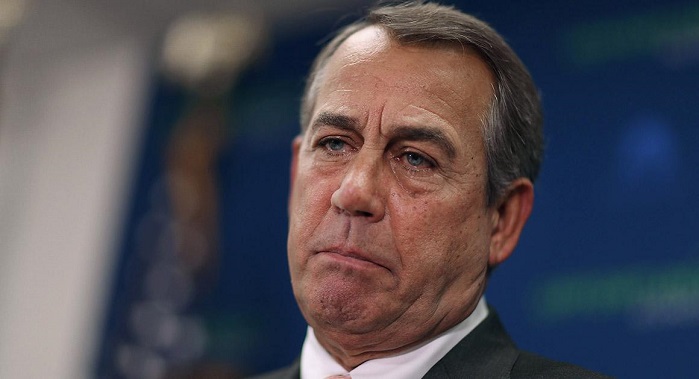 Speaker John Boehner will step down from his position as Speaker of the House of Representatives in October. Though Boehner is strongly pro-life and has overseen the passage of legislation to ban abortions after 20 weeks and to de-fund Planned Parenthood, some pro-life advocates have grumbled that he hasn’t done enough to advance the pro-life cause.

Some pro-life advocates say Boehner should be leading an effort to force pro-abortion President Barack Obama and pro-abortion Democrats to shut down the federal government in order to attempt to de-fund Planned Parenthood.

“Speaker Boehner believes that the first job of any Speaker is to protect this institution and, as we saw yesterday with the Holy Father, it is one thing that unites and inspires us all,” Boehner said in a statement. “The Speaker’s plan was to serve only through the end of last year. Leader Cantor’s loss in his primary changed that calculation,” he continued in the statement, referring to former Rep. Eric Cantor, the former Majority Leader.

His statement continued: “The Speaker believes putting members through prolonged leadership turmoil would do irreperable damage to the institution. He is proud of what this majority has accomplished, and his Speakership, but for the good of the Republican conference and the institution, he will resign his Speakership and his seat in Congress, effective October 30.”

Boehner told fellow Republicans Friday morning he will resign from Congress and give up his House seat at the end of October, according to members who met with him privately.

With the news of Boehner stepping down, the discussion has already turned to who would replace him and initial reports indicate pro-life Majority Leader Kevin McCarthy, a California Republican, as the top candidate. On dozens votes on pro-life issues during his tenure, McCarthy has a 100% pro-life voting record. He has voted to ban abortions, to stop taxpayer funding of abortion and voted against Obamacare and for its repeal and de-funding.

In a story in The Hill written before the news that Boehner would step down, conservative Republicans indicated they would support him:

One Freedom Caucus member involved in the discussions personally informed McCarthy over the summer recess that the majority leader could have his support for the top job in the event Boehner resigns or is forced out this fall.

But there is no evidence that McCarthy, Boehner’s current deputy, has been involved in any discussions to remove the Speaker.

“I don’t think [McCarthy’s] plotting. I don’t think he’s trying to aid and abet,” said the conservative lawmaker. “I just think he is trying to figure out where everyone is. I volunteered to him that, under the right circumstances, I could vote for him for Speaker.”

During the debate on de-funding Planned Parenthood, McCarthy spoke on the House floor in defense of innocent human life and urged his colleagues to put a moratorium on Planned Parenthood funding in light of its barbaric practices.

“So if we know that this organization performs hundreds of thousands of abortions per year and we know that women have access to other sources for care, the question is, should we force taxpayers to fund a business that spends its money aborting 327,653 children per year?  Should we force taxpayers to fund an organization whose barbaric practices, as vividly shown in those videos, disregard and devalue the sanctity of the most innocent human lives?” he asked.

He added: “There is no reason—absolutely no reason—that we must choose between funding women’s health and compelling taxpayers to support abortion.”