The death of 3-year-old Syrian refugee Aylan is heart-wrenching. The deaths of more than 40 million unborn babies worldwide per year is also heart-wrenching. But broadcast networks will only show one of those stories. 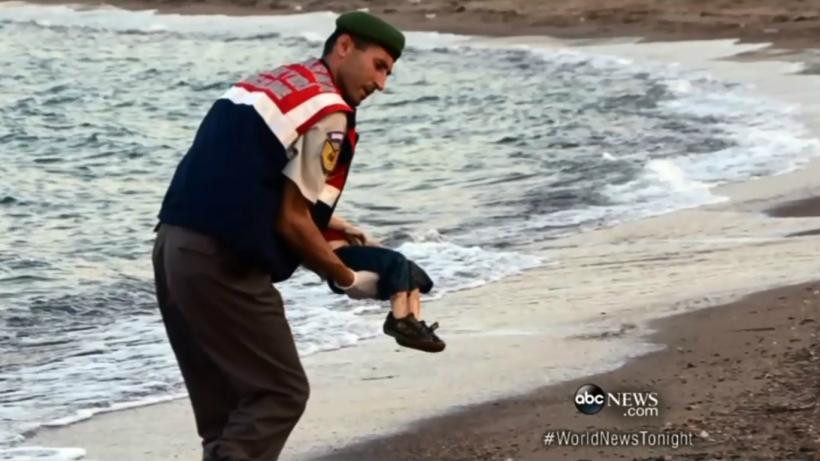 ABC, NBC and CBS can no longer argue that they censor graphic pictures from their news shows. Since the story broke, every evening and morning news show has shared the heartbreaking imagery of Aylan, a 3-year-old who drowned while fleeing Syria with his family.

The three broadcast networks presented both photography and video of a Turkish police officer carrying the dead toddler from shore to push for action on Europe’s refugee crisis. Meanwhile, they still refuse to show the dead babies harvested in the Planned Parenthood videos released by the Center for Medical Progress.

From the beginning of NBC’s Nightly News Sept. 2, anchor Lester Holt aired caution about the photograph of Aylan.

“It’s rare that we have to warn you right from the top of the newscast about what you’re about to see,” he said, “but the photo we’re going to show you has quickly resonated across the world as a heartbreaking symbol of an utter human catastrophe that we can’t close our eyes to. It is the image of a lifeless child…”

Yes, “An utter human catastrophe we can’t close our eyes to” as “the image of a lifeless child” – except when it has to do with abortion and Planned Parenthood.

The news shows have aired a mere one minute and 13 seconds of footage from the Planned Parenthood videos – and, in that time, have not once played even blurred or pixilated imagery of aborted babies’ hands and legs.

“Sometimes it takes a single photograph,” he stressed, “like the one we’re seeing on the front page of the newspapers across the world, of that little boy on the beach, to change the perception of a problem and a call to action.”

During CBS’ Evening News, anchor Scott Pelley introduced video footage of a Turkish police officer carrying the “lifeless body” by stressing on Sept. 2, “The photograph we’re about to show you says far more about the humanitarian crisis unfolding in Europe than any words possible could.”

So could the Planned Parenthood footage. Which is likely why the pro-abortion media won’t show it.

But they will show the body of a foreign child to galvanize support for action on refugees. The morning of Sept. 3, CBS co-anchor Norah O’Donnell highlighted the “heartbreaking image” located “on the front page of newspapers around the world.”

For the United States, those front pages included The Washington Post, The Wall Street Journal and Daily News.

While O’Donnell described the photo as “graphic,” she reasoned that, “it illustrates the tragedy of the migrant crisis in Europe.”

“Hard to see that,” her co-anchor, Gayle King, chimed in.

If only the networks lamented all loss of life – including that of the unborn – as devastating.