Baby pandas are cute. But when the news shows combined find more time for baby animals than the demise of baby humans, something has gone terribly wrong.

The three broadcast networks, ABC, NBC and CBS swooned over the National Zoo’s panda twins born Saturday, Aug. 22 – and grieved when one died four days later. From the pregnancy until after birth, the news shows combined dedicated more time to the “baby” panda story in three weeks than the horrific Planned Parenthood videos (all nine of them!) in seven weeks.

CBS was the only network to spend more time — six seconds more — on the videos than the panda story. 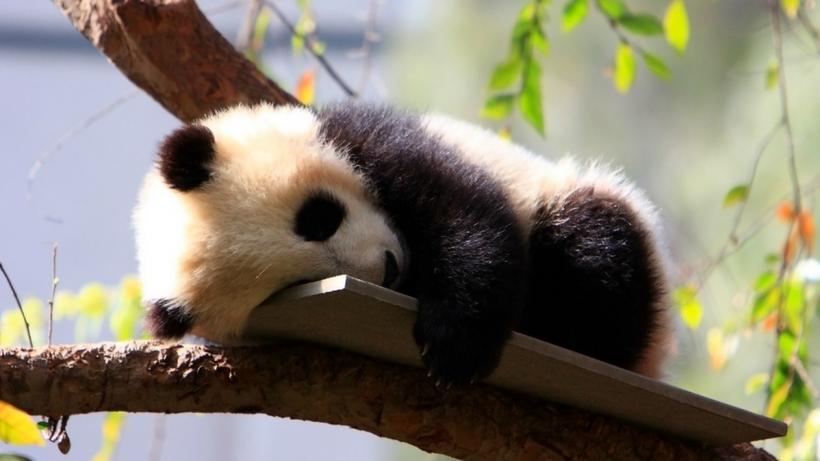 From Aug. 12 to Sept. 2, the networks spent 28 minutes and 59 seconds on the baby panda story. Meanwhile, from July 14 to Sept. 2, ABC, NBC and CBS have spent less than 24 minutes on the story of human babies torn apart in the Planned Parenthood videos.

In those reports, anchors referred to the pandas as “babies,” but called the aborted humans “fetal tissue.”

For the networks and the new baby panda twins, it was love at first sight.

During Nightly News Aug. 24, NBC correspondent Hallie Jackson hyped, “It’s a lot of work raising twins, but falling in love with them? That’s as simple as black and white.”

“The really big news in Washington wasn’t made at the White House or the U.S. Capitol,” O’Donnell said during the Evening News Aug. 24. “It happened in the zoo.” (Speaking of “big news,” the networks didn’t spend a second on the tens of thousands protesting Planned Parenthood the same day as the panda births.)

That same day, ABC News anchor Reena Ninan gushed over the “very special arrivals” – or the “babies who weighed less than five ounces each.”

“Start off so tiny, tiny, tiny,” ABC anchor Robin Roberts chimed in, while co-anchor Lara Spencer added with a smile that they were the size of a “stick of butter.”

When that baby panda died later that day, ABC anchor George Stephanopoulos mourned over the “sad news from the National Zoo” during World News. The next morning, CBS cited a USA Today story and stressed that the zoo would perform tests “to determine just what went wrong.”

While anchors refused to utter the word “baby” while reporting on the videos (opting for “fetal tissue”), they called the panda a “baby” – even before the first one was born.

One of those mentions came from NBC’s Dylan Dreyer, when she noted the “signs that a baby could be on the way” during Today on Aug. 14.

In other words, in both network-language and network-time, animal babies come before human babies.