Mark Cuban Tweets Defense of Planned Parenthood and Margaret Sanger, Then Deletes It 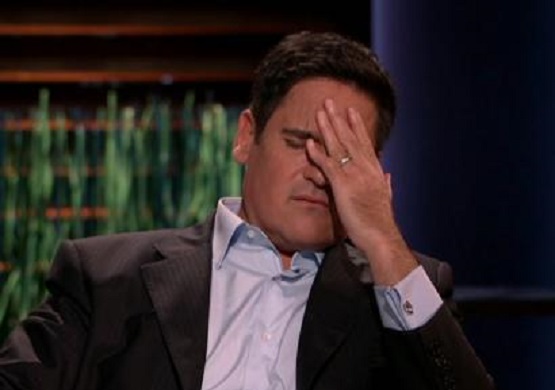 Dallas Mavericks owner Mark Cuban was for defending Planned Parenthood from Ben Carson, before he decided he was against it. Shortly after midnight EST Monday, Cuban sent a shot across the bow of Republican Presidential candidate Ben Carson for his comments attacking Planned Parenthood and one of its founders, eugenics activist and coiner of the term “birth control” Margaret Sanger.

This past Wednesday on Fox News, Carson responded to Democrats’ claim that the Republican effort to defund Planned Parenthood was a part of the “War on Women.”

Carson said: “I know who Margaret Sanger is, and I know that she believed in eugenics, and that she was not particularly enamored with black people. And one of the reasons you find most [Planned Parenthood] clinics in black neighborhoods is so that you can find a way to control that population. I think people should go back and read about Margaret Sanger who founded this place — a woman Hillary Clinton by the way says that she admires. Look and see what many people in Nazi Germany thought about her.”

Cuban’s rebuttal to Carson consisted of a link to an NPR fact check. Before he thought better of it and deleted the tweet.

However, Cuban’s tweet was screen captured by a British website. Cuban’s original Planned Parenthood tweet and decision to delete are detailed below. Again, the site that captured it is British, which accounts for the weird time difference: The limousine liberal Cuban might as well have deleted the tweet and distanced himself from the link, because the NPR piece made an atrociously disingenuous defense of Sanger and Planned Parenthood. After identifying Sanger as a member of the eugenics movement – a movement dedicated to ensuring that poor and poorly educated people did not reproduce – NPR described Sanger as “paternalistic” towards blacks, not necessarily racist.

The piece cites an article Sanger wrote in 1946 about “… giving ‘Negro’ parents a choice in how many children they would have.”

“The Negro race has reached a place in its history when every possible effort should be made to have every Negro child count as a valuable contribution to the future of America,” she wrote. “Negro parents, like all parents, must create the next generation from strength, not from weakness; from health, not from despair.”

Hmm, if it’s important for “all parents” to only reproduce only from strength and never from weakness, then why did Sanger feel it necessary to pen a letter specifically referencing black people?

And NPR failed to mention Sanger’s characterization of blacks as “human weeds.”

The fact check referenced a report from the Guttmacher Institute, which stated that 60 percent of Planned Parenthood abortion clinics are actually in majority white neighborhoods, as opposed to black, which would seem to refute one element of what Carson said. But Guttmacher was once the research arm of Planned Parenthood, and it is explicitly pro-abortion. According to an interactive map created by the pro-life group Protecting Black Life, “79% of [Planned Parenthood’s] surgical abortion facilities are located within walking distance of African American or Hispanic/Latino neighborhoods.”

Margaret Sanger has been dead for nearly 50 years. Whether she intended abortion to be a means for black population control (and I believe she did) or not, nothing changes the fact that this is precisely the effect it has today. There are more black babies aborted than born in NYC. Sure sounds like population control. In Mississippi, a state where whites outnumber blacks nearly 2-1, nearly 72% of children aborted are black.

Billionaire libs like Mark Cuban are so busy trying to take shots at Republicans, while making themselves appear to be so enlightened, that they miss both forest and tree. Abortion is phasing black people out in cities and states all over the country. Only when reactionary libs like Cuban start caring more about that than scoring points with other reactionary libs on twitter can we say that all black lives matter.