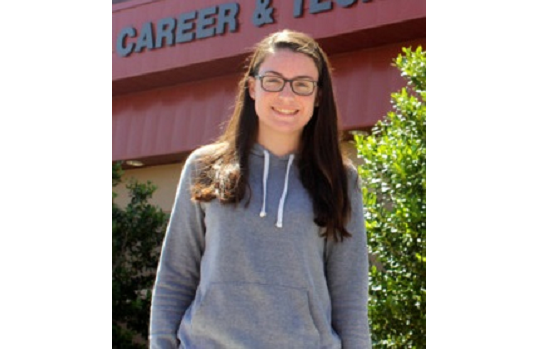 Today Thomas More Society attorneys filed a lawsuit against West Career and Technical Academy and the Clark County School District on behalf of a student who was denied the right to start a pro-life club. The lawsuit asserts that school administrators violated student Angelique Clark’s free speech rights by denying her application to form a Students for Life group at the Las Vegas high school.

“When I first applied to form a pro-life club, I never imagined I would have to sue my school to be able to exercise my free speech rights,” said Angelique Clark, a junior at the academy. “My fellow pro-life students and I simply want to make our voices heard and to educate other students on a topic that’s important to us – choosing life. We hope for a quick resolution that allows us to get the West Career and Technical Academy Pro-Life Club up and running as soon as possible.”

Thomas More Society associate counsel Jocelyn Floyd explained, “High school administrators should not censor students, but rather they should encourage them to exercise their free speech rights.” She added, “We hope that the court will quickly recognize the illegal and unconstitutional denial of Angelique’s Students for Life club; and require West Career and Technical Academy to respect the rights of all its students under both the First Amendment and Equal Access Act.”

lark submitted her application to start a pro-life club in December 2014. In February 2015, after almost three months of no response, she was told that Assistant Principal Allen Yee had denied the application. Clark met with Yee and was told that the club could not be approved, because:

Clark sought assistance from Students for Life of America, a national organization that provides support to student pro-life clubs. At the organization’s request, Thomas More Society attorneys sent a demand letter to the West Career and Technical Academy and the Clark County School District in May 2015. The document formally challenged administration denial of the club as a violation of the federal Equal Access Act and the First Amendment to the United States Constitution. The lawyers asked the district to amend its club policies and requested that the school approve the Students for Life club. Three months later, neither Clark, Students for Life, nor the Thomas More Society have received any response to the demand letter and the school and district have taken no action to approve the club.

“We are proud of Angelique for not allowing her school administrators to trample her free speech rights,” said Kristan Hawkins, president of Students for Life of America. “She is determined to be a voice for the preborn and their mothers, even though she’s been faced with so much resistance,” stated Hawkins, adding, “We are thankful for our attorneys at the Thomas More Society who are standing up for Angelique’s right to form a Students for Life club.”

The Thomas More Society, along with Las Vegas area co-counsel Mark Smith, filed suit in the U.S. District Court for the District of Nevada. They have asked for a preliminary injunction, in which the court would require the school to immediately approve the student pro-life club, while the lawsuit goes forward.