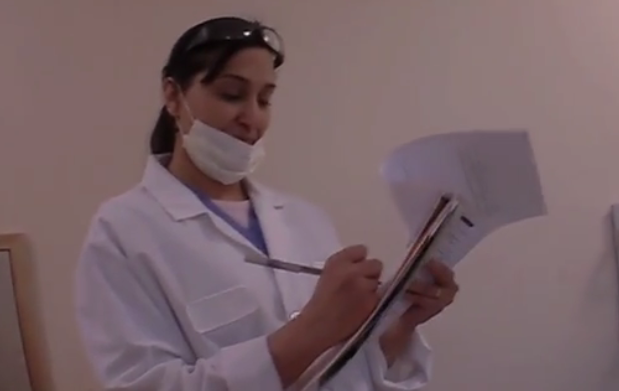 The video features Holly O’Donnell, a licensed phlebotomist who unsuspectingly took a job as a “procurement technician” at the fetal tissue company and biotech start-up StemExpress in late 2012. That’s the company that acts as a middleman and purchases the body parts of aborted babies from Planned Parenthood to sell to research universities and other places.

As a procurement tech, O’Donnell’s job was to identify pregnant patients matching the specifications of StemExpress customers and to harvest the fetal body parts from their abortions. She essentially says Planned Parenthood is violating federal law by not properly obtaining the consent from women who have abortions to sell their aborted baby or baby’s body parts.

“It’s not an option, it’s a demand,” StemExpress supervisors instructed O’Donnell about approaching pregnant women at Planned Parenthood for fetal tissue “donations.” O’Donnell says the StemExpress techs working in Planned Parenthood clinics sometimes harvested fetal parts without obtaining consent from the patients: “If there was a higher gestation, and the technicians needed it, there were times when they would just take what they wanted. And these mothers don’t know. And there’s no way they would know.”

“You have to make sure you get her,” O’Donnell’s colleague told her, but O’Donnell said the woman having the abortion had refused consent. Federal laws on the procurement and use of human fetal tissue require that patients consent to the tissue donation subsequent to consenting to the abortion procedure (42 U.S.C. 289g-1).

According to O’Donnell, Planned Parenthood gave StemExpress workers access to patient records and schedules so that the harvesting company could plan for the days when patient “supply” would be greatest.

“They give you a sheet, and it’s everybody for that day, who’s coming in for an ultrasound, who’s coming in for an abortion, medical or a late-term abortion,” O’Donnell explains. Even patients just seeking a pregnancy test at Planned Parenthood were considered part of the supply: “Pregnancy tests are potential pregnancies, therefore potential specimens. So it’s just taking advantage of the opportunities.”

Commenting on the latest video, David Daleiden, the head of The Center for Medical Progress, which has released all of the expose’ videos, told LifeNews: “Experiences like Holly O’Donnell’s show that Planned Parenthood’s abortion and baby parts business is not a safe place where vulnerable women can be cared for, but a harvesting ground for saleable human ‘product.’ Taxpayer subsidies to Planned Parenthood’s barbaric abortion business should be revoked immediately, and law enforcement and other elected officials must act decisively to determine the full extent of Planned Parenthood’s offensive practices and hold them accountable to the law.”

Watch the newest video below:

“I thought I was going to be just drawing blood, not procuring tissue from aborted fetuses,” says O’Donnell, who fainted in shock on her first day of work in a Planned Parenthood clinic when suddenly asked to dissect a freshly-aborted fetus during her on-the-job training.