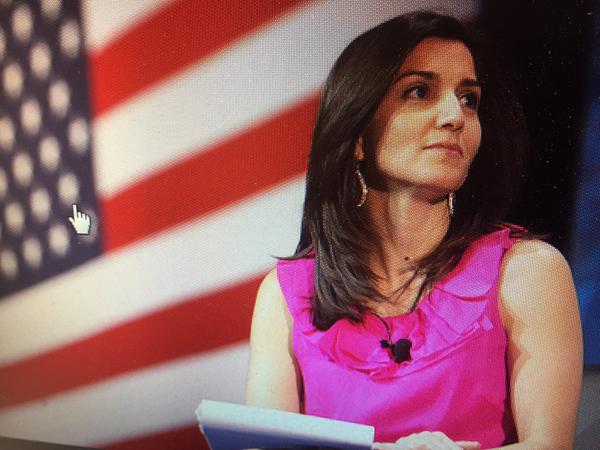 In Louisiana, the National Right to Life convention kicked off on June 9th with TV personality Rachael Campos Duffy discussing the real war on women waging in America. She shared with the attendees that she believes the real feminists are the women fighting against abortion and other human rights violations going on around the world.

She said, “It feels very good to be in a room with real feminists, women patriots who truly care about women, their lives and their children.” She boldly added that the pro-abortion movement only cares about power and their fat paychecks on the board of NARAL, NOW and Planned Parenthood. “Our opponents are science deniers, desperately clinging to their outdated, unscientific ideas of fetal development. No wonder there numbers are dwindling and aging. It is our movement that has the energy and the youth,” Duffy explained.

At the convention, Duffy proclaimed that the title of mother is something women should be proud to wear but the feminist movement and abortion lobby has minimized that role and its powerful contribution to society. Additionally, she hit on the problem of sex-selection abortion and the substandard health care women receive inside abortion facilities.

She said, “There is war on women. There is a war on pre-born women who are victims of sex-selection abortions on a global scale. There is a war on women’s health care when abortion clinics are exempted from the same string of regulations and regular inspections at hospitals. Doctors like Kermit Gosnell can get away with infanticide and killing women in filthy and shoddy clinics.”

Unfortunately, Duffy is right because countless women are injured and sometimes killed in abortions. For example, in 2012, Tonya Reaves died from a hemorrhage during a D&E second trimester abortion in Chicago. The truth is abortion is not a safe procedure and some of the immediate and long-term medical risks of abortion include: hemorrhage, infections, incomplete abortion, blood clots, injury to the cervix, mental health problems and even death.

Duffy concluded, “There is a war on women. There is a war on the little sisters of the poor who are fighting for religious liberty and their right to serve the elderly without violating their conscience.” Duffy was right on point with this as well because the Obama Administration has tried to force the Catholic group into paying for abortions even though it’s against their religion beliefs.

As LifeNews previously reported, in 2013 Duffy stood up against Barbara Walters on The View after she suggested that Obama deserved the Nobel Peace Prize. She explained that the President didn’t deserve the prize because of his radical pro-abortion agenda.