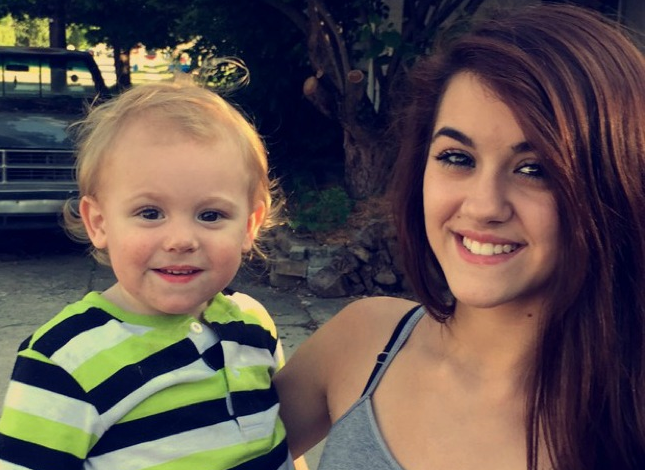 Often we wonder what drives us, what motivates us to move forward in the face of seemingly insurmountable obstacles, or what motivates us to get up every morning, take a deep breath and face the day. For 16-year-old Ashley the answer is simple.  His name is Aiden and he is about to celebrate his second birthday.

Nearly two years ago, Ashley and her mom welcomed me into their home to talk to Ashley.  I wanted to help her in any way I could as she was only 13 and pregnant by rape. I didn’t realize that this day I would become part of their family and they would become part of mine. In the time we’ve spent together, Ashley has become like a daughter to me and Aiden like a grandson (even though I have no idea what being a grandma feels like). She is a true hero in every sense of the word. Not only did this vulnerable, frightened teenager choose life for her son, but she bravely confronted her rapist and was instrumental in his prosecution and conviction for rape.

For the last two years, Ashley’s supporters have stepped up and helped this young mother, showing her what we as pro-lifers are all about.  Being Pro-life isn’t just about saving babies, it’s walking a long and difficult road with these women and their children. The same road all of you have been walking with Ashley and Aiden since the day we brought you their story.

Ashley turned 16 a few months ago and is working on getting her license and a part-time job.  Although balancing school and motherhood is difficult, Ashley perseveres because she knows what she’s doing is important.

“Being a 16 year-old mom and still being in school is one of the biggest challenges of my life,” she said, “but it’s also the most rewarding.”

Next week, Aiden, a vibrant, smart and lively toddler, turns two and his mother couldn’t be more proud.

“He’s into everything,” Ashley said.

Aiden especially loves the outdoors and playing in the park, and the young mother has her heart set on buying him a swing set.

Even though Aiden was conceived through rape, Ashley believes her son is a miracle and an inspiration.

“I swear if it wasn’t for Aiden, I wouldn’t be here today. He has impacted my life more than anyone could ever imagine at a time when I was falling apart. I was 13 years old, terrified, not knowing what the future would hold for me,” she confessed. “Now I’m 16, completely confident in what my future will be as a mommy, a mentor, and a best friend. Now here he is, a week away from being 2 years old. So smart, so big, so full of life, and so happy. God blessed me with him and I wouldn’t want my life any other way. I love my son. Aiden saved me.”

If you would like to donate to Ashley and Aiden for supplies or to help purchase the swing set for Aiden you can do a secure donation at
www.LivingExceptions.com.  For more on Ashley and Aiden’s story, you can follow her updates at www.facebook.com/mkprolife.