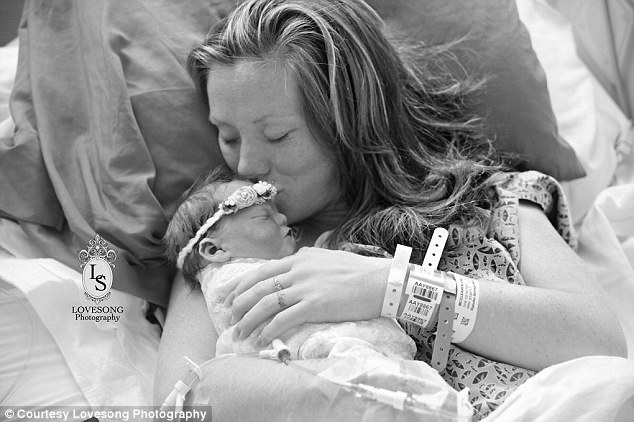 Should death certificates recognize the deaths of stillborn babies?

According to The Australian, Western Australia’s Registry of Births, Deaths and Marriages will now recognize the death of stillborn babies under 20-weeks and grant their families a loss certificate.

The Attorney General, Michael Muschin, explained, “I acknowledge the emotional trauma and devastation which early pregnancy loss brings. The registry has now amended their procedures so that if eligible parents choose to do so, they may apply for a certificate which acknowledges their baby’s life. I hope this new measure will offer a degree of support and comfort to those who have suffered early pregnancy loss.”

However, in some parts of Australia unborn babies can be legally aborted well past 20-weeks fetal age. For example, in 2014, a couple decided to have an abortion at 28-weeks simply because their baby would have a deformed right hand. The mother told an Australian newspaper, “I grew up with many people who were disabled, and… there was discrimination. I didn’t want my child to be discriminated against. The problem is… obvious because it is the fingers, and I think the child would have a very hard life.”

LifeNews has frequently chronicled the very reals deaths of stillborn babies and the tremendous effect the deaths have on their parents.

On Easter weekend, Emma and Aaron were waiting for the arrival of their first-born son, Reid. However, on April 3rd, Good Friday, everything went terribly wrong. Emma opened up about the experience on her blog, Sincerely, Skin.

Emma explained how she felt when they first found out the news. She said, “The sorrow I felt in that moment is something I’ll never be able to put into words. Oh how I ached for the power to turn back the clock to the night before when we could have rushed to the hospital to get him out safely. He lived for 39 weeks and 6 days in my womb, and it didn’t seem possible for him to just stop living one day before his due date. One day.”

Initially, doctors couldn’t determine the cause of Reid’s death but after Emma delivered they discovered that a knot in his umbilical cord caused it. The believed that the knot formed early in pregnancy and as Reid grew and entered the birth canal, it tightened.

Remarkably, Emma’s faith in God is still strong even though she’ll never understand why Reid was taken from her. She said, “I mourned all of the “could have been’s” while I memorized the weight of his body in my arms. He was born on his due date, on a full moon, and as an Aries in the year of the ram. It didn’t seem fair to me that such a life couldn’t be lived with his parents by his side. I know I’ll never understand why God chose his precious soul to be by His side so soon, but I find some comfort in knowing that the first face Reid saw was His.”

And last year, Richard and Emily Stanley made headlines after they shared photos on Facebook of their stillborn daughter. As LifeNews previously reported, the Stanley’s had the pictures taken by professional photographer, Lindsey Natzic-Villatoro. They wanted to have some way to show their family how beautiful their baby was even though she died before she was born.

According to the National Institute of Health, each year in the United States about 25,000 babies, or 68 babies every day, are born still. A stillbirth is usually detected while the baby is in the mother’s uterus; but sometimes parents don’t find out until labor is underway. While it is largely unknown what causes fetal death at this stage of a woman’s pregnancy, these are some factors that may contribute: placental problems, birth defects, poor fetal growth, infections, umbilical cord accidents, and chronic health conditions in the pregnant mother.

Not only are babies at this age viable, they have the ability to feel immense pain in abortion. Additionally, Australia is home to two pro-infanticide bioethicists from Melbourne University. In 2012, Alberto Giubilini and Francesca Minerva wrote the following in the Journal of Medical Ethics:

“[W]hen circumstances occur after birth such that they would have justified abortion, what we call after-birth abortion should be permissible. … [W]e propose to call this practice ‘after-birth abortion’, rather than ‘infanticide,’ to emphasize that the moral status of the individual killed is comparable with that of a fetus … rather than to that of a child. Therefore, we claim that killing a newborn could be ethically permissible in all the circumstances where abortion would be.

Such circumstances include cases where the newborn has the potential to have an (at least) acceptable life, but the well-being of the family is at risk. Accordingly, a second terminological specification is that we call such a practice ‘after-birth abortion’ rather than ‘euthanasia’ because the best interest of the one who dies is not necessarily the primary criterion for the choice, contrary to what happens in the case of euthanasia.”

These bioethicists do not see a difference between babies at 20-weeks fetal age, at the top of the birth canal, or already delivered. While it is fantastic that Western Australia is recognizing stillborn babies as human beings, it is incredible important that pro-lifers work to combat those who push abortion-on-demand and infanticide in their country.