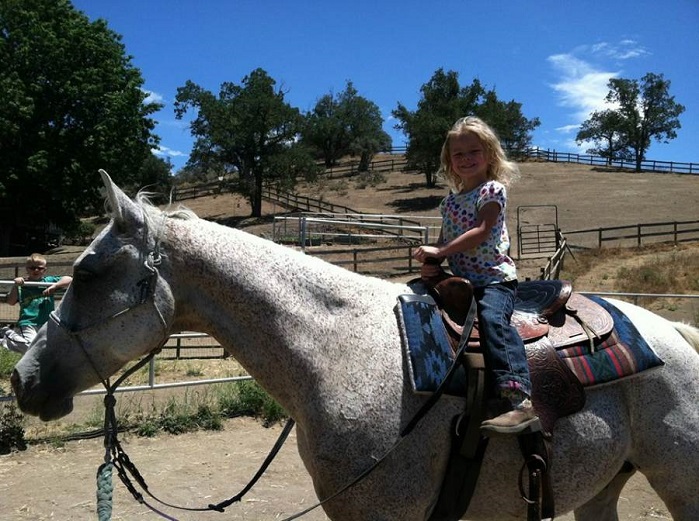 Stevie wasn’t going to give up on her unborn daughter, even though she was told that she had a fatal disease and she should abort. At her 20-week ultrasound, her doctor told her that her baby wasn’t growing and something was very wrong. He said, “We will do further testing if you want, but it’s my recommendation that we schedule a termination. I’ll step out and you can discuss your options.”

He told Stevie that her daughter had primordial dwarfism and would most likely die in infancy. But Stevie already knew what she wanted to do; she wanted to give her baby life.

She said, “The doctor came back in after maybe ten minutes, as if that’s enough time to digest the fact that my perfect baby, whom I thought to be so perfectly safe inside my broken body, was probably not going to live. I told him I had nothing to consider, that whether she lived nine minutes or ninety years, I was going to give her life.”

Unbelievably, he responded by saying that she should find a new doctor since she wasn’t going to take his advice and get an abortion. However, when Stevie went to another doctor he pushed abortion too. The doctor said, “That’s no way to live. I would terminate. You can always have another baby.”

Stevie was horrified and couldn’t believe that doctors thought her baby was replaceable. She said, “I have never understood how anyone could think babies are as interchangeable as shoes but the doctor told me to kill my daughter just like she was telling me to throw away an old pair of heels.” The doctor also told her “a dead baby is better than an imperfect one.”

At that point, Stevie started praying fervently that her baby would not just survive, but thrive. She also prayed that someone would help her.

She said, “I searched and searched for another doctor. … One doctor agreed with my decision to decline invasive testing because of the risk of miscarriage, but knew that neither she nor the hospital in our small town was equipped to handle my complicated case. [The doctor] wanted to send me to Denver to be hospitalized for the remainder of my pregnancy. I had a two year old and a husband who was frequently absent. I couldn’t go to Denver. Thankfully, my mom and grandma live in Minnesota, and the town they live in has a hospital that is an extension of the Mayo Clinic. She found me a high risk obstetrician and a perinatologist, and off I went with my son and my fear. I was twenty-two weeks pregnant. My sweet baby still hadn’t grown.”

Stevie stayed in the hospital and waited anxiously for her daughter to grow. Then, on April 9th, 2009, Stevie delivered her daughter, Eloise, via emergency Caesarean section. Stevie explained what that day was like with The Stream. She said, “I was wheeled down to the ultrasound room at nine in the morning, just as I had been every other morning at nine o’clock for all those countless days prior. I felt funny. Not bad, exactly, but just kind of off.  By this time, I knew what to look for, I knew what healthy blood pressures looked like on the screen, I knew that her heart usually beat about 180 times every minute. I knew that she was very active, though she was so small I couldn’t feel much of her movement. When she appeared on the screen, she wasn’t moving. She wasn’t practicing breathing movements. Her blood pressure was very low. Her heart rate was 62.”

She continued, “I was rushed from the ultrasound room to the operating room … and she was born in under three minutes. There were so many doctors in the room and I couldn’t see her. … I caught a little glimpse of her ear and the side of her face as my surgeon handed her to the neonatologist. She was blue. The room was silent. It was terrifying. We waited and waited to hear her cry. The NICU team was trying desperately to get her to breathe. Their smallest oxygen mask covered her entire face. They decided to intubate her. I watched them prepare as my doctors were stitching me up. Just as they were opening her mouth to insert the tube that would breathe for her, she let out the tiniest, most beautiful cry I have ever heard. She sounded like a little kitten … The neonatologist held her next to me just long enough for me to kiss her sweet face before taking her to the NICU.”

Stevie named her daughter Eloise, which means “famous in war” and was told the best news she’s ever heard; her child was completely healthy. She said, “[My daughter] had no form of dwarfism. She had completely normal brain activity. At 3 pounds, 4 ounces she may have been less than half the size of other newborns, but that was one of the only discernible differences between them. She was in the NICU for two hours before they moved her to the regular nursery.”

Now Eloise is a health six-year-old who loves horseback riding, swimming and playing like most kindergarteners. She’s still smaller than most girls her age, weighing only 32-pounds but that doesn’t stop her from living her life. Stevie concluded, “I hope that our story encourages other mothers in this kind of a crisis never to stop fighting, because these little babies sure don’t. My little girl may have forgotten how to grow but she always knew how to fight. She needed me to fight for her, as all babies both healthy and sick need from their mamas. I know that not every baby will have a story like mine was so blessed to have, but every baby deserves a story.”