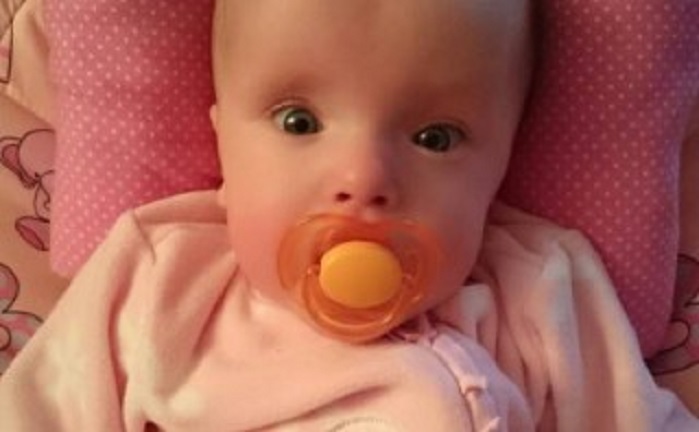 Last year, parents in England posted a beautiful photo of their daughter, born prematurely at 23 weeks, with the hopes that it would demonstrate the humanity of unborn babies who can be legally killed in abortions in the U.K.

Baby Bella was born at 23 weeks and her mother wants abortion laws changed in the United Kingdom to stop allowing late-term abortions. In some cases in Britain, abortions are legal up to birth. Bella’s birth came just a week before the 24 week abortion limit and she weighed just over 1lb. Now, 8 months later, she is doing well and is off oxygen and breathing on her own: Sadly, Bella’s twin sister, Sophia suffered complications and doctors were unable to save her.

Parents Parents Vicky Jackson and Graeme Davison were told not to expect little Bella to survive, “The day after Bella was born we were told she would not survive the night but she did and now she is home – it’s amazing,” Bella’s mom told the UK Mirror.

Because Bella was born very premature which, her lungs had not yet developed so she had chronic lung disease. Bella needed help her to get enough oxygen to her body and was recently released to go home after six months at the hospital.

But, Bella was still very dependent on the oxygen and had to be weaned off the slowly. The great news is that this miracle baby is now off the oxygen for good, as of today.

Expressing their joy, Bella’s parents posted this on a Facebook page they created to detail Bella’s miraculous life:

Vicky said: “I think the abortion limit should be significantly lowered to 10 weeks unless there is a medical reason as to why it’s later.