After an examination of the 7-month-old unborn baby who was cut out of a Colorado woman’s womb this week, county officials say they will not charge the woman who cut the baby out of her mother’s womb with murder for killing the baby. That’s because the state lacks an unborn victims law to hold criminals accountable when they kill or injure unborn children in such criminal attacks.

Dynel Catrece Lane (pictured above) was arrested after she attacked a pregnant woman and cut her 7-month-old unborn baby from her womb. In this unbelievable act of violence, the baby died but the victim, Michelle Wilkins, is expected to survive. A report shows the baby breathed a heavy last gasp before she died.

According to the arrest report, Lane admitted to a detective that she cut open Wilkins abdomen to get the baby — who reportedly took a last breath outside the womb before dying, that 911 call shows.

Michelle Wilkins (below), the pregnant Colorado woman who was attacked by Lane, who claimed to be selling baby clothes and Craigslist and who cut her 7-month-old unborn baby out of her stomach at her home, was in critical but stable condition at a local hospital and eventually released this week. 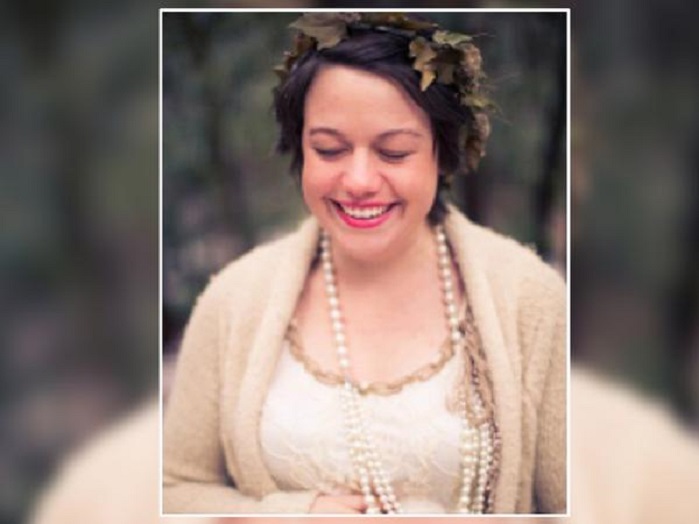 Late Thursday night, Catherine Olguin, a spokeswoman for the Boulder County District Attorney’s Office, said prosecutors won’t bring the charge in the baby’s death and declined to say exactly what charges Lane would face at an expected court hearing today. District Attorney Stan Garnett is expected to release more information today, according to an AP report, about why murder charges will be brought and what charges prosecutors think they can bring.

The autopsy officials conducted on the baby girl was inconclusive and could not determine if the baby died after she was cut from Wilkins’ womb or before. Had the autopsy shown she had died afterwards, Lane could be charged with murdering a person who had already been born.

“Neither the autopsy or the investigation have provided any evidence that the baby exhibited any signs of life outside of the womb, therefore the circumstance is not being considered a live birth,” coroner Emma Hall said in a statement sent to 7NEWS, an ABC15 sister station in Denver.

According to one report on the autopsy “neither the autopsy or the investigation provided any evidence the baby exhibited any signs of life outside the womb, therefore it is not considered a live birth. No evidence of trauma or injuries were found on the baby’s body.”

Below is a copy of the sheet with the actual charges Garnett filed: Garnett previously said he would wait for the results of an autopsy before deciding if Lane should be charged with murder.

“The issue of whether or not murder charges are appropriate involving a case involving the death of a fetus or late-term pregnancy is always a difficult issue,” he said last week. “Under Colorado law, there’s no way murder charges can be brought if it is not established that the fetus lived as a child outside the body of the mother for some period of time. I don’t know the answer yet as to whether that could be established – what our facts are here. One of the issues that we will need to evaluate in connection with that is the medical information from the autopsy.”

Officials will like charge Lane with unlawful termination of a pregnancy, a much lesser charge that essentially amounts to a hate crime against pregnant women that does not acknowledge the baby’s death or status as a second victim. The class 3 felony charge carries a sentence of merely four to 12 years.

A local news report has more on the autopsy:

The Boulder County coroner said more investigation is needed before a ruling is made on the cause and manner of death of a baby cut from her mother’s womb by a knife-wielding Longmont woman.

Deputy Coroner Derek Rinaldi said an autopsy was completed Friday but a ruling on how the baby girl died is pending further investigation. This can include microscopic analysis of tissue along with blood and toxicology testing.

Rinaldi had no estimate of when the investigation would be complete.

The 26-year-old victim was identified by her family as Michelle Wilkins. Her uncle told 7NEWS on Friday that she is improving but remains in the ICU.

“Michelle is a little surprised and taken aback at outpouring of love happening all over the world,” said Chris Wilkins, Michelle’s uncle.

She is recovering at the hospital. Police say she is alert, answering questions and is with her family.

When police arrived at the scene of the attack, what they found was brutal.

When police arrived at the home, they found Wilkins lying on a bed inside a basement bedroom, covered in blood. She was fading in and out of consciousness and could barely speak, according to Lane’s arrest affidavit. A small knife with a 3-inch blade was found on the floor next to the bed.

Officers found her cell phone, which showed a text from Lane, giving the victim the address of 1620 Green Place. The victim then sent a text at 11:51 a.m. saying that she had arrived at the home.

Officers followed a trail of blood from the bedroom to a utility room, where they found bloody towels being washed in the washing machine.