A newborn girl in China miraculously survived being buried alive after her parents thought she was stillborn. Lu Xiaoyun was having severe stomach pains at home when she called her husband, Mr. Ye, to tell him something was wrong. He rushed home to find his wife in pool of blood waiting for assistance.

Tragically, according to reports, once the ambulance arrived Mr. Ye mistakenly thought his daughter was dead and told emergency workers there was no point in taking their baby in to be examined. However, the couple did go to the hospital so that Ms. Lu could be checked out. Upon arrival, doctors questioned the couple and encouraged them to have their baby properly examined to make sure she was dead. But while they were at the hospital, Ms. Lu’s mother buried the baby under a tree in their yard.

The couple was shocked but rushed into the yard to dig up their baby. Amazingly, they discovered she was still breathing and immediately left their farm and went to the hospital. At the hospital doctors established that Ms. Lu had given birth at six-months (24-weeks) pregnant, which is considered very premature. Ms. Ly and Mr. Ye also have a seven-year-old daughter.

It is truly remarkable that the couple’s baby survived because some babies at this age don’t survive even under the best of circumstances. In fact, even though 80% of babies born at 26-weeks survive the first year; chances of survival are significantly lower for younger babies.

Unfortunately, in the United States and in China it is still legal to perform abortions on these babies; and the Guttmacher Institute reports that 16% of abortionists in the U.S. offer abortions this late in pregnancy.

According to the Daily Mail, their daughter was treated at the hospital for three days, but the family was forced to discharge her when they ran out of funds.

The new father said, “My mother-in-law has chronic diseases, and I also have a 7-year-old daughter. My wife doesn’t have a job. I am the only one who works.”

But thankfully, after Chinese media found out about the miracle baby, people started sending in donations for the little girl. Now she is at a hospital and being kept on an incubator. The new parents haven’t picked out a name for their daughter yet but are very thankful for their happy ending. 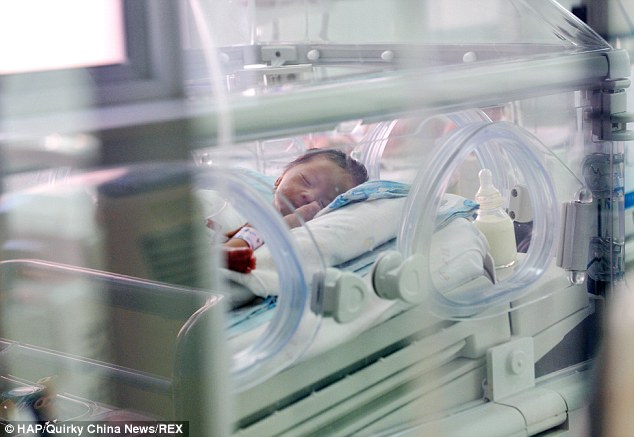