Are members of the media “post-abortive?”

A day before the 2015 March for Life, prolife leaders staged a “Million to One Memorial Die-In” in front of the White House. For the event, youth lay on the pavement in a fetal position to “demonstrate unity with the preborn” by representing the 57 million lives lost to abortion since 1973. While there, Urban Cure’s Star Parker slammed the media for their coverage of abortion and mused, “I’m just wondering how many of them are post-abortive themselves.”

Besides Parker, CEC for Life’s Fr. Terry Gensemer and Survivors of the Abortion Holocaust’s Kristina Garza hosted the event.

But not with the media’s help. Citing Philadelphia abortionist Kermit Gosnell, she explained how the “media has a blind eye toward abortion.” “I’m just wondering how many of them are post-abortive themselves and need God’s grace and healing because they act like it doesn’t occur,” she said.

Garza also commented to MRC Culture, saying that “we need to catch [the media’s] attention” with “visual demonstrations” — such as with graphic imagery of abortion.

“The media has turned a blind eye,” Parker emphasized again, “and we’re not going to.” 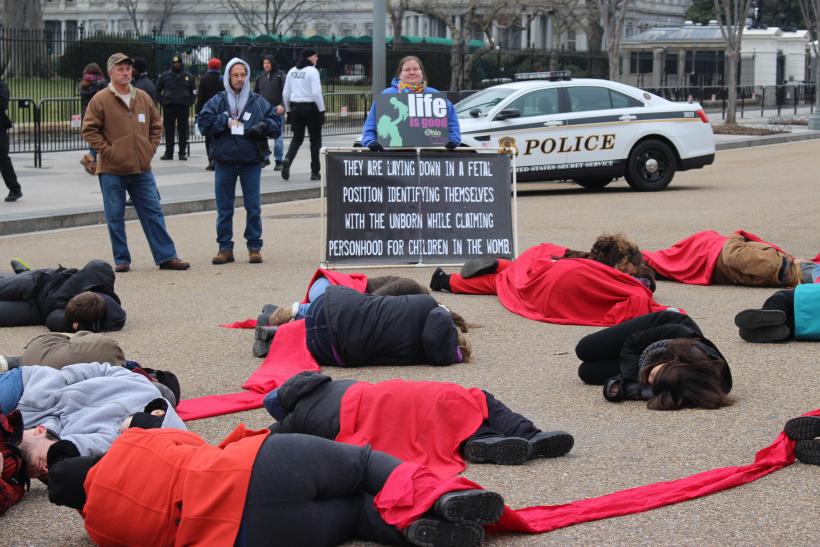