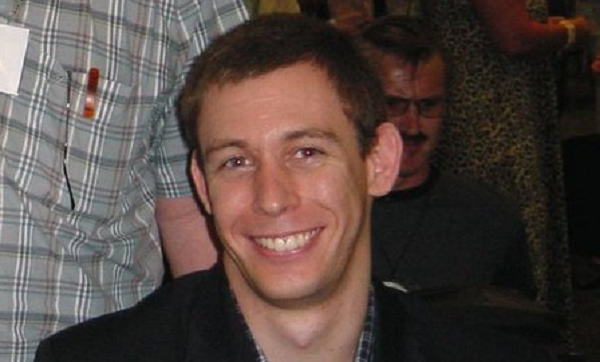 According to NPR news, his father would get up at 5 o’clock in the morning, get him dressed, load him in the car, take him to the special care center where he’d leave him. Rodney said, “Eight hours later, I’d pick him up, bathe him, feed him, put him in bed, set my alarm for two hours so that I’d wake up to turn him so that he didn’t get bedsores.”

For twelve years, Martin’s family cared for him without any sign that he was improving. Joan started to despair and even told her son, “I hope you die.”

Today she acknowledges that was a horrible thing to say but says she just wanted some sort of relief. Remarkably, now Martin is 39-years-old and says he was totally aware of everything going on around him.

Unfortunately, Martin was even aware of his mother’s harsh words and began believing that no one would ever love him. He said, “You don’t really think about anything. You simply exist. It’s a very dark place to find yourself because, in a sense, you are allowing yourself to vanish.”

Martin spent most of those days at a care center where his caregivers played Barney reruns over and over again. They did this because they believed he was a vegetable too. He said, “I cannot even express to you how much I hated Barney.”

But eventually, Martin became frustrated with being trapped in his own body and started to try and take control of his life. He learned to tell time by the rising and setting of the sun and would reframe even the ugliest of thoughts that haunted him like his mother’s wish for him to die. “As time passed, I gradually learned to understand my mother’s desperation. Every time she looked at me, she could see only a cruel parody of the once-healthy child she had loved so much,” said Martin.

Now Martin is married and has penned a memoire about his life. He has gained control of his body and in his book Ghost Boy, he writes, “My mind was trapped inside a useless body, my arms and legs weren’t mine to control and my voice was mute. I couldn’t make a sign or sounds to let anyone know I’d become aware again. I was invisible—the ghost boy.”

Martin’s survival is a testament to how little we actually know about the human brain and a good reminder that we should value all life— even when we hear the terrifying words “your loved one is a vegetable” or in a “vegetative state” from a medical professional.