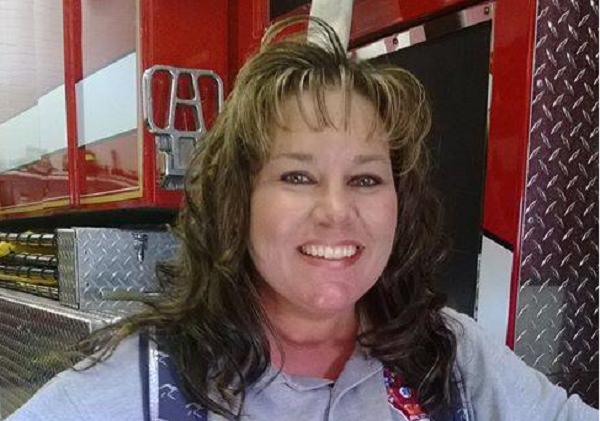 As I sit at the fire station working my shift as a medic/firefighter, waiting for our next emergency, my heart is heavy. I just got a call that another newborn child has been found dead in the woods in Indianapolis, umbilical cord still attached and discarded like a piece of trash. I wonder if this young mother knew that there is a law that could have saved her young daughter and this young mothers name would have never been known.

The law I’m referring to is the Safe Haven Law–a law that has been in effect for almost 14 years that has saved the lives of almost 3000 babies nationwide.

Back in April 1973, a young 17-year-old girl, scared and alone, gave birth to a baby girl. She had been raped nine months prior and was determined to do what she felt was best for her baby.

Two hours after giving birth, she abandoned her baby at a local hospital, the one place where she knew her baby would be cared for and protected. I was that baby, and my biological mother abandoned me without the protection of the Safe Haven Law.

She did it out of desperation because she felt there was no other option. Today, however, we have a law in place that protects not only the life of the child, but also protects the mother from prosecution. The Safe Haven Law was enacted to give women like my birthmother who find themselves scared, alone, and desperate an alternative to abandoning their child.

The Safe Haven Law, also called the Baby Moses Law in some states, is in all 50 states and in the District of Columbia. The law is in place to protect all parties involved. In most states, a woman has 30 days after birth to safely surrender the child at any fire station, police station or hospital with no questions asked. In some of these states, the girl gets free medical care to assist with the birth of the child or any complications resulting from the birth.

This law is a win, win situation for all parties involved. The mother walks away with zero chance of prosecution, while the baby has the opportunity to be adopted into a loving home, and a family opens their hearts and home to the child for whom they’ve prayed.

As we were busy making plans to celebrate the beginning of a new year a desperate young woman out of Indianapolis felt she had no choice, no other option, but to continue to hide her pregnancy, and once that child was born, to hide her from the world. Unfortunately, she made a devastating choice and left her baby in the woods, exposed to the elements of harsh winter. Now, we are planning a funeral for a child that never had the opportunity to see her first birthday. This child has been named “Amelia Hope” as the name Amelia means defender.

As a firefighter/medic for the state of Indiana and the fact that I was abandoned as a child, I feel a personal need to educate our youth and our communities about this life-saving law. In a perfect world, we would prefer that the mother come forward, visit a local crisis pregnancy center, and receive the assistance and counseling she needs; however, this may not be possible in all situations. With these cases, we want young women to know that the Safe Haven Law is there as an option that respects the lives of both mother and child.