(LiveActionNews) — One decision can change everything. Mitosis, a short film from 18-year-old director Hannah Victoria (Worth Saving), aims to prove that. It may seem that the choices we make for ourselves will affect us and us alone, but it simply isn’t true. There is always a ripple effect, whether small or large.

Mitosis tells the story of a young doctor, who after making a promise to a childhood friend, sets out to find a cure for cancer. The film, from Victoria’s company Expressionistic Studios, was released on YouTube this week and promises to shine a light on the magnitude of damage each and every abortion could have on the world.

As young people, whether we choose to acknowledge it or not, society’s popular opinion on the sanctity of life is directly affecting our lives in huge ways. Just thinking about how profoundly different our world would be if the millions of lives lost were present is mind boggling!

The film was funded by generous donations through a Kickstarter campaign. When it reached its goal of $5,000, Victoria announced it would be released for free. The total raised through Kickstarter has now reached $5,200. 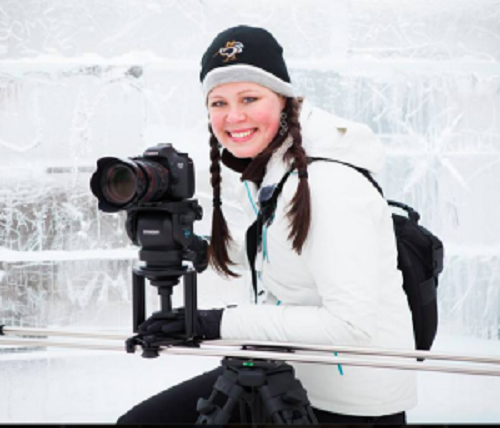 Victoria, who received a Best Young Filmmaker award for her work on Small Talents, says she has always been passionate about the sanctity of human life and wanted to create a film that showcases the potential that each and every life holds. She also wants pregnancy resource centers to be able to use the film in any way they can to support their work. In its first few days on YouTube, Mitosis has been viewed nearly 1,000 times.

“It is amazing to see the impact it is having just in the few days it has been released,” says Victoria, “I’ve gotten e-mails from people who have had multiple abortions, people who want to thank me for making a film about what their baby could have done, and pro-life supporters who are excited to have this tool to show to those who need to see the message!”

As we know, those who support abortion believe that the only person who is affected by a pregnancy or an abortion is the pregnant woman. Her decision should, they say, have no bearing on the rest of us.

Except it does. And Victoria shows us how in Mitosis.