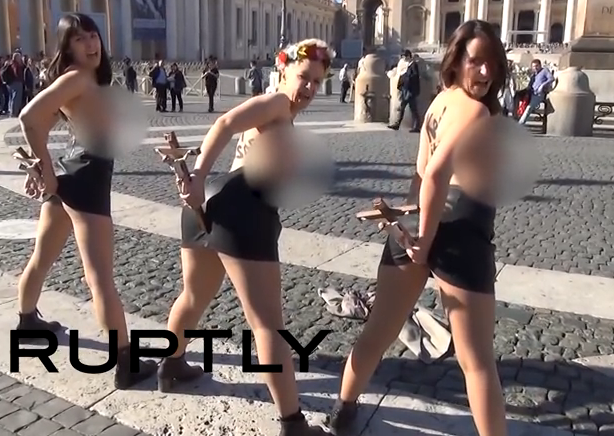 Femen, the women’s rights group known for topless protests, took their act to a new level of provocation on Friday with an explicitly sexually suggestive demonstration in front of the Vatican.

In what they described as a protest over Pope Francis’s upcoming visit to the European Parliament, three members of the group appeared on St Peter’s square wearing only leather mini-skirts and flower garlands in their hair.

Two of them had “Keep it Inside” written on their backs – a slogan apparently related to what followed.

Police quickly intervened to drag the women away as bemused onlooking tourists snapped the scene with their smartphones.