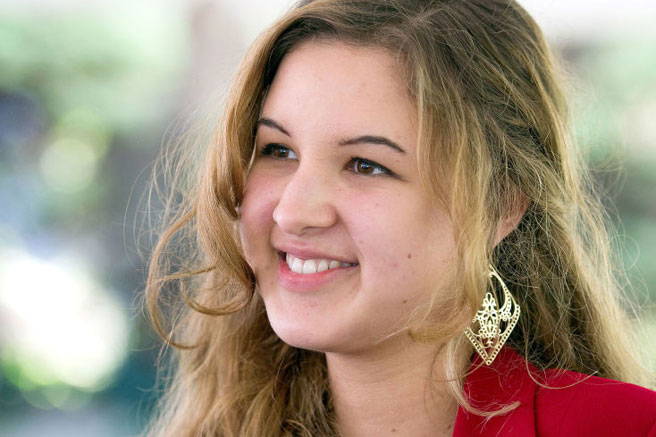 If you’re concerned about the future of the country and want to know if the next generation of Americans cares about pro-life issues, look no further than the state of West Virginia. There, pro-life 18-year-old Saira Blair, who graduated from high school in May and is now a college freshman, ran on a pro-life platform to beat an incumbent state legislator.

Blair gives hope to pro-lifers wondering if teenagers really “get it” and want to make a difference for life.

“I think I’m fully capable of doing the job, and I don’t think it’s rocket science by any means — not if you just listen to the people,” Blair told the Martinsburg Herald-Mai.

“I believe that life begins at conception, so I consider abortion the act of taking human life,” she states. “We should not spend our tax dollars to fund such procedures. I’ve been blessed with life and I believe every child should have that same opportunity.”

Blair is an 18-year-old freshman at West Virginia University. She’s also now America’s youngest elected lawmaker as a delegate in the West Virginia House, after winning her election with 63 percent of the vote.

“History has been made tonight in West Virginia, and while I am proud of all that we have accomplished together, it is the future of this state that is now my singular focus,” she said.

Blair, a Republican, beat out 44-year-old Democratic attorney Layne Diehl for the spot in the House. In May, she beat a two-time incumbent for the Republican nomination.

“The average age in Congress is 57, and the average age in the U.S. Senate is 62, but with all of that experience, we’ve only gotten more debt and less jobs,” she told Teen Vogue this summer. “I don’t see how I could possibly hurt anything by being young and coming in with a fresh perspective. West Virginia’s population hasn’t grown since 1980, and if we continue to stay where we are, we’re not going to keep young people in the state.”