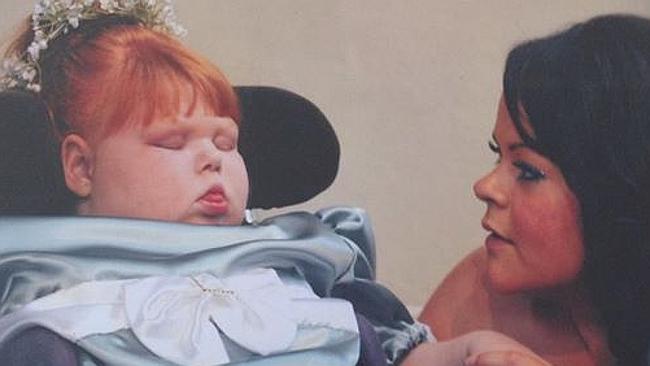 (LiveActionNews) — The ethical problems with euthanasia have been detailed at Live Action News extensively. People with disabilities, people suffering from mental illness, people who were just lonely or old but otherwise healthy, even children — all can be euthanized in countries like Belgium and the Netherlands. That’s not good enough for the assisted suicide lobby though, which continues to campaign for the right to kill increasingly more people, from the disabled to the poor.

This slippery slope is now headed for the United States, with cancer patient Brittany Maynard saying she will kill herself on November 1, and until then, is publicly campaigning for pro-suicide organization Compassion & Choices. This is the same group that advocates for people to “voluntary stop eating and drinking” (VSED), even if they aren’t terminally ill, but simply feel “done”.

Two and a half years ago, Dr. Phil advocated for the mercy killing of people with disabilities. Well, Dr. Phil would be happy to know that his dream has now become a reality — one mother successfully petitioned the court to kill her severely disabled daughter.

Nancy Fitzmaurice, born blind with hydrocephalus, meningitis and septicaemia, could not walk, talk, eat or drink, the Mirror reported.

Her health was so poor she required 24-hour care and was fed, watered and medicated by tube at London’s Great Ormand Street Hospital. Her health deteriorated and as she grew she would scream in agony for hours despite being given morphine and ketamine.

Her mother, Charlotte Fitzmaurice Wise, knew the pain her daughter was suffering was too much for the 12-year-old to bear. She deserved to be at peace and had the right to die, knew her heartbroken mother, who had given up work as a nurse to be with her.

…“The light from her eyes is now gone and is replaced with fear and a longing to be at peace.

“Today I am appealing to you for Nancy as I truly believe she has endured enough. For me to say that breaks my heart.

…Her application was granted immediately, setting a precedent. It is the first time a child breathing on her own, not on life support and not suffering a terminal illness has been allowed to die in the UK.

The judge praised Wise for her “love and devotion” towards her daughter… which was shown by her fight to kill Nancy. The judge ruled that she had no quality of life anymore, and therefore, she should be killed by refusing to give her any food or water until she died. It took her 14 days to die. Wise claimed that she wanted to end her daughter’s suffering and give her death with dignity, but she chose to do that by making her daughter suffer a slow, agonizing, painful death. How does that make any sense?

Dehydration is horrible for a person to endure.

The body is about 60 percent water, and under normal conditions, he said, an average person will lose about a quart of water each day by sweating and breathing and another one to three quarts by urinating, he said. In the heat and under more difficult physical conditions, that amount increases, he said.

If it’s not replaced over time and dehydration becomes severe, cells throughout the body will begin to shrink as water moves out of them and into the blood stream, part of the body’s efforts to keep the organs perfused in fluid.

“All the cells will shrink,” Berns said, “but the ones that count are the brain cells. They don’t operate normally when they’re shrinking.” Changes in mental status will follow, including confusion and ultimately coma, he said. As the brain becomes smaller, it takes up less room in the skull and blood vessels connecting it to the inside of the cranium can pull away and rupture.

… Victims’ kidneys may shut down first, Berns said, as they continue to lack access to both water and salt. The kidneys cleanse the blood of waste products which, under normal conditions, are excreted in urine. Without water, blood volume will decline and all the organs will start to fail, he said. Kidney failure will soon lead to disastrous consequences and ultimately death as blood volume continues to fall and waste products that should be eliminated from the body remain.

Various effects from lack of hydration and nutrition, lead ultimately to death — mouth would dry out and become caked or coated with thick material . . . lips would become parched and cracked . . . tongue would swell and might crack . . . eyes would recede back into their orbits and cheeks would become hollow . . . lining of the nose might crack and cause the nose to bleed . . . skin would hang loose on his body and become dry and scaly . . . urine would become highly concentrated; leading to burning of the bladder . . . lining of his stomach would dry out, causing convulsions . . . respiratory tract would dry out into thick secretions that would result in plugging his lungs . . . at some point within 5 days 103 weeks his major organs, including lungs, heart, and brain would give out and he would die . . . extremely painful and uncomfortable . . . cruel and violent.

So to end a person’s supposed suffering — a person who is not terminally ill, is not on any life support, and can breathe on their own — we must make them suffer a slow, painful, horrific death. But only if they’re disabled, apparently.

We don’t treat dogs this way. We don’t execute murderers in such a cruel manner. If a serial killer on death row was executed by forcing them to undergo starvation and dehydration, there would be widespread outrage. But because this girl, a child, is severely disabled, it’s considered acceptable. Putting a bullet in her head would have been kinder, because it at least would have been immediate. But then we can’t tap dance around the fact that what this mother did is murder.

Wise assumes, as many people do, that a person wouldn’t want to live in such a way. But no one knows how her daughter felt about her quality of life and whether or not she wanted to live. No one knows how her daughter felt in those 14 days that she was being starved and dehydrated. And no one cares. Nancy Fitzmaurice was disabled and could not speak, so she was brutally, cruelly murdered, with the permission of her government. And notice that the suffering Wise spoke of repeatedly was her own, not her daughter’s. She couldn’t bear seeing her daughter like that. She was going through “torture” watching her daughter in pain. So she petitioned the court to get permission to force her daughter to die a slow, painful death instead of seeing palliative care.

It’s become appropriate in the United Kingdom to kill a person now because it’s too much of a hassle to keep them alive. It’s legal for parents to murder their children because they’re disabled, because they can’t speak for themselves, because the parent has decided that their lives are not worth living anymore. And we call it death with dignity.