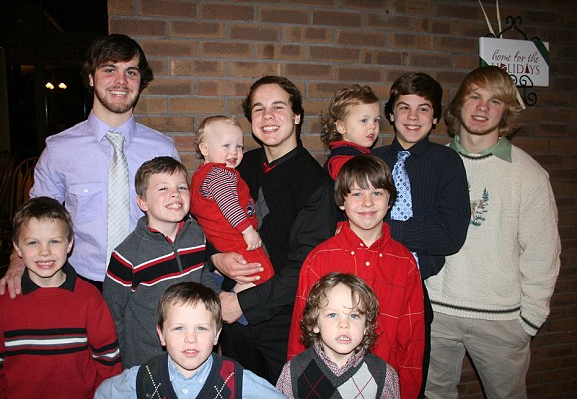 A Michigan couple is a mathematical impossibility. Jay and Kateri Schwandt don’t want to know the sex of their baby before birth because they’ve already got 12 sons and they’re thinking is that lucky number 13 is on the way.

The couple admit they aren’t expecting their streak to be broken, though they are hoping for their first baby girl.

‘If we were to have a girl, I think we would go into shock,’ Kateri said. ‘It would probably be disbelief.’

Jay said the couple just hopes their baby is health, but he admits he’s done all of the “boy stuff” and is ready for a girl.

‘I’ve experienced all the boy stuff,’ he said. ‘As long as we are having all these children, it would be really neat to experience the other side.’
The couple’s youngest son Tucler was born last August and their oldest son Ty is now 22.

The Grand Rapids Press has the full story:

“The stuff that goes on in this house is all-boy – roughhousing and wrestling,” Jay said. “If there was a little girl in there, I assume it would be different.”

Kateri, after being the sole female in the family for two decades, said she would lean toward having one more boy. 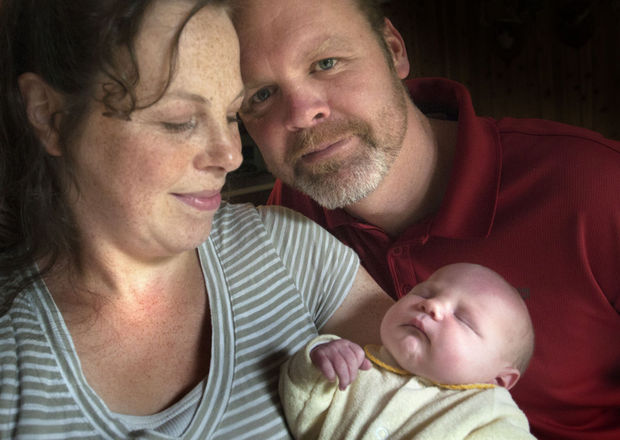 “A little girl would be neat to have in the house, but a little boy kind of takes the pressure off,” she said. “We know what we are doing. Why change things up?”

The Schwandt boys are divided about whether they’d prefer a new brother or sister, Jay said.

The parents plan to follow their tradition of not finding out the baby’s sex in advance. They both insisted they would welcome either a boy or a girl.

“We are both super-excited, and obviously we are just hoping for a healthy baby,” Jay said.

After they told their sons and word spread through friends and family members, Kateri said she has encountered much joy and excitement, but few who were surprised.

“People are probably thinking, ‘Better you than me,’” she joked.