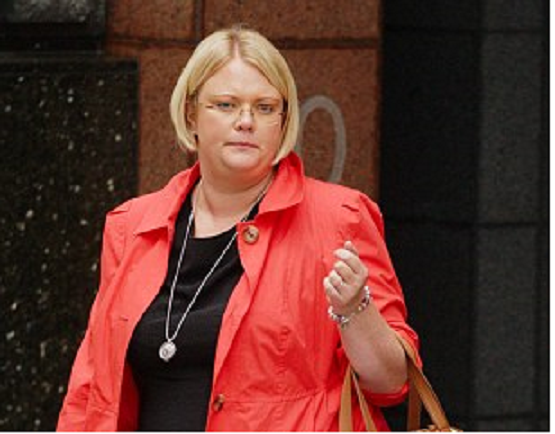 Claire Orton, a nurse from University Hospital in London, breathed onto a sick baby’s face and said it would be “better off dead.” The child, referred to as ‘Baby B’ was being treated in the neonatal ward, and at the time, Orton was being treated for a throat infection.

When the allegations came to light, Coventry and Warwickshire NHS Trust, which manages the London based hospital, was already investigating Orton over a separate incident. In the first incident, Orton left a student nurse to look after a baby despite being unqualified to do so. When the student, Jade Matthews, called for help because the baby was suffering from brachycardia, Ordon didn’t respond in a prompt matter.

The Daily Mail shares more about the second incident:

She had told colleagues she had been ill with a throat infection before she deliberately breathed on the infant’s face as if to infect him, the Nursing and Midwifery Council (NMC) hearing was told.

Orton was being investigated by Coventry and Warwickshire NHS Trust over a separate incident when the allegations over ‘Baby B’ came to light.

Colleague Daniel Top told the panel how he was shocked after Orton made the insensitive comments – which came while she under investigation for allegedly leaving a student nurse to look after a poorly baby, despite being unqualified to do so.

He said: “Mr Top demonstrated to the panel what he said he saw. ‘This consisted of a sharp exhalation directly onto Baby B’s face. He added that you had then walked away and giggled.”

The panel believed this evidence. The panel understood that there was an undoubted sense of strain on the ward as a result of Baby B’s situation.

Now, Orton denies breathing on Baby B’s face and saying it would be ‘better off dead.’ She also denies failing to provide assistance to Jane Matthews in relation to Baby A.

Although Orton found it funny that she may have put a baby’s life in danger, the hospital may not. In most cases, newborns are very susceptible to infections because their immune systems haven’t been fully developed yet. This is especially true of sickly infants, and since ‘Baby B’ was a critical patient, Orton could have comprised the whole neonatal ward.

The hearing is not over, however, if Orton’s ability to practice medicine is found to be impaired, she will no longer work at University Hospital.