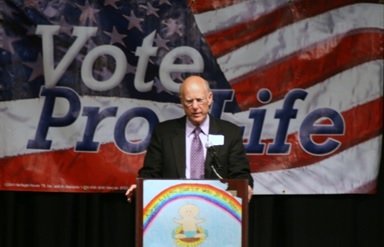 After the 2010 election, Kansas was considered a solid “Red” state since no Democrat held an elected statewide office.  However, recent polls indicate that Democrat candidates are leading the Republican incumbent in the races for U.S. Senator, Governor, and Secretary of State.

Greg Orman claims he is running for U.S. Senate as an independent, but his past history shows he favors the Democrat party for his political contributions and once filed for office as a Democrat.  Also the efforts of the Democrat party to pull Chad Taylor off the ballot and encourage Democrats to support Orman indicates they know which way Orman will vote if elected.

In the 2014 general election the Republicans are making a major effort to gain control of the U. S. Senate.  To slow to the Obama Administration’s attack on traditional American values and put an end to Harry Reid’s reign over the Senate, they need a net gain of six seats in November.  This will be difficult since they haven’t been able to pick up more than two Senate seats in an election since 1980.  And it will be increasingly difficult to do if they lose one or two of the seats they currently have…like the Kansas senatorial seat.

Senator Pat Roberts voted 64 out of 64 times for pro-life bills in the U.S. Senate.

In Kansas we have made recent inroads in the state’s abortion regulations.  It was a long time coming since Kansas adopted abortion on demand in 1970.  Joan Finney signed the first token pro-life bill in the 1990’s, but we didn’t make any significant gains until Sam Brownback became our Governor.  However, if Paul Davis is elected, these recent bills and any future legislation will be in jeopardy. 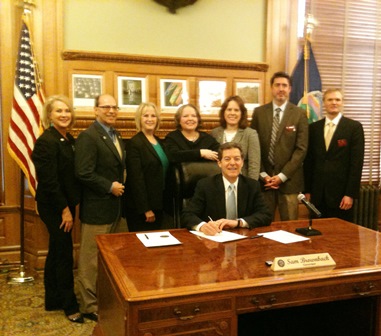 Governor Sam Brownback has signed every pro-life bill put on his desk by the Kansas legislature.

The KFL web site has a chart showing the comparison between Brownback and Davis on the human life issues.  For example, on the annual state-matched pregnancy center grants, 113 state representatives voted for the measure, including most Democrats, and only 10 opposed it.  Paul Davis was one of the ten.  He also opposed restrictions on sex selection abortions, closing loopholes in our partial-birth abortion ban, parental consent for minors’ abortions, and our clinic licensing bill.  Therefore, a Davis victory in November will undoubtedly set back our efforts to restore a legal protection for innocent human life.

Secretary of State Kris Kobach has fought to maintain the integrity of elections in Kansas. He has been endorsed by KFL for his legislative races and for Secretary of State, but has been criticized by the drive-by media.  His challenger did not have a pro-life record while serving in the legislature, and changed parties after being defeated in the primary in her last race for State Senate.  She criticized Kobach for trying to enforce the legislative intent of the state statute when the Democrats removed Chad Taylor from November’s ballot. 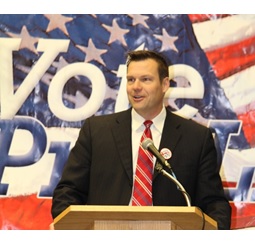 Recent polls have shown the Democrat challengers leading the Republican incumbents in these races.  However, David Gittrich in the KFL state office once said that the polls are nothing more than indicating how well the media is doing its job in damaging the reputation of pro-life elected officeholders.  Should we expect any pro-life candidate to be favorably viewed by the mainstream media?

For a list of candidates endorsed by the Kansans for Life PAC, go to our web site: www.voteprolife.net  Download our Pro-life Voter’s Guide, and distribute it as widely as possible before the election.