This message might not fit the media’s agenda, but it does come from the media-loved Pope Francis: “Each of Us is a Masterpiece of God’s Creation.”

Sponsored by the United States Conference of Catholic Bishops (USCCB), “Respect Life Month” begins Oct. 5 with the Pope Francis-inspired theme, “Each of Us is a Masterpiece of God’s Creation.” To observe the event, Cardinal Seán P. O’Malley of Boston noted “tragedies” that “threat[en] to the entire culture of human rights” – including women to whom “abortion is often presented as their only ‘choice.’”

The Respect Life Program began in 1972, and restarts each year in October, the month that U.S. Bishops deem “Respect Life Month.” The program “calls attention to numerous human life issues.” During this time, priests, parish groups, schools and other organizations are encouraged to foster “greater respect for all human life” with the aid of materials published by the USCCB.

In recognition, Cardinal O’Malley, O.F.M. Cap., Chairman of the USCCB Committee on Pro-Life Activities, published a statement. He began:

Pope Francis has captivated the world with his humility, warmth and compassion for each person. Vivid accounts of his tenderness for “the least of these” — the elderly, the imprisoned, those with disfiguring disabilities, the unborn, and many more — seize our attention. Why?

At the heart of each of these interactions is a truth which resonates in our hearts, revealing to us something essential to understanding ourselves and our purpose.

As special concerns, the cardinal listed women to whom “abortion is often presented as their only ‘choice,’” Down syndrome children who “are never given the chance to live outside their mothers’ wombs” and the elderly who “fear they will become burdensome and seek physician assisted suicide.” 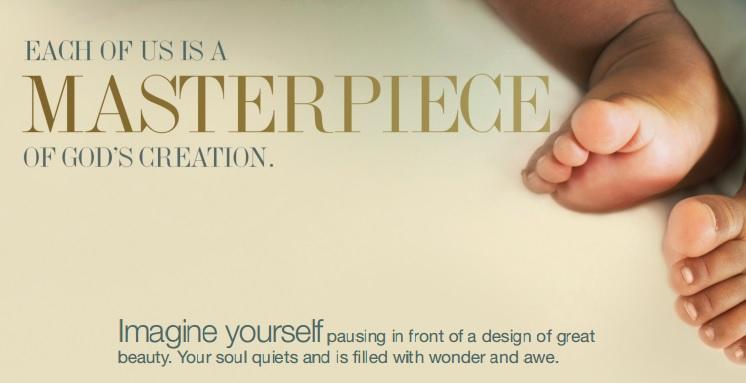 “These tragedies,” Cardinal O’Malley stressed, “go directly against respect for life, and they represent a direct threat to the entire culture of human rights.”

Besides prayer and the sacraments, the cardinal recommended “ask[ing] the Lord for the grace to see ourselves and others as he sees us—as masterpieces of his creation.” “When God created each of us,” he explained, “he did so with precision and purpose, and he looks on each of us with love that cannot be outdone.”

“Our mission,” he noted, “is to show each person the love of Christ” – especially in the little things: “our interactions with the cashier at the grocery store, our spouses, children, friends and even the people we encounter in traffic.”

He concluded, “Love and justice must motivate each of us to work for a transformation of our own hearts so that we can transform the world around us” – and with the “Gospel of joy,” he added, “bear witness to the greatest love story ever told.”