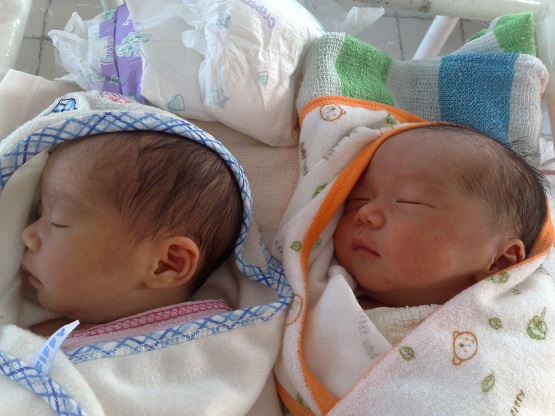 This week, China will mark 34 years of the one-child family planning policy that has resulted in massive human rights abuses, including forced abortions and coercive sterilizations.

Pro-life advocate Sarah Terzo, on her blog, recalls one of the most brutal incidents that occurred in China under the pro-abortion, anti-human rights policy.

A report presented to a Congressional Committee told the following story about forced abortion in China. The babies in this case were  nine months along, twins, who were aborted against the  mother’s wishes:

“On December 13, 2007 Mrs. Dong (34 years old) from  Wutong Town, Yongtai County, Fuchou City was pregnant with unplanned twin babies for almost 9 months. She was working in Ganzhe Town, Minhou County, Fuchou Province together with her husband.

Unfortunately, her pregnancy was discovered by the local Family-Planning Office.

At about 2 o’clock in the afternoon she was taken to the local health center forcibly. Without the agreement or signature of Mrs. Dong or her family, she was held by more than 10 people and injected Ethacridine Lactate at about 5 o’clock.

The family-planning officials declared that they would be responsible for any death. The twin babies struggled for a long time in their mother’s uterus and died in the end.

Until 9:30 in the evening of December 14, she was still waiting to induce the dead babies. The local government blocked the event tightly and forbid anyone interviewing the victim. Until now her health condition is still unknown…”

Congressman Chris Smith of New Jersey, one of the leading pro-life and human rights advocates in Congress, previously marked the September 25 anniversary of the one-child policy with these words:

“On that date in 1980 the Central Committee of the Chinese Communist Party sent an open letter to party members setting forth its plan to embark on a national one-child policy,” Smith said. “What came out of that letter? A cruel and inhumane policy, a human rights violation that is, in scope and seriousness, the worst human rights abuse in the world today. No other government policy anywhere else in the world systematically punishes, abuses, and violates women so grossly as this.”

He says the policy has created an “atmosphere of fear” where anonymous pregnancy informants spy on citizens.

“The violence of the one-child policy is absolutely ongoing. This year there are reliable reports of large scale and violent abortion enforcement campaigns in Guangdong, Fujian, Yunnan, Zhejiang, and Jiangxi provinces,” he said.

Smith also appealed to President Obama and called on him to “speak out in defense of the Chinese people tomorrow, especially women and children, on this terrible anniversary.” Doing so, he said, would provide encouragement for millions of Chinese people, “to suddenly feel that the leader of the free world understands and empathizes with their plight.”