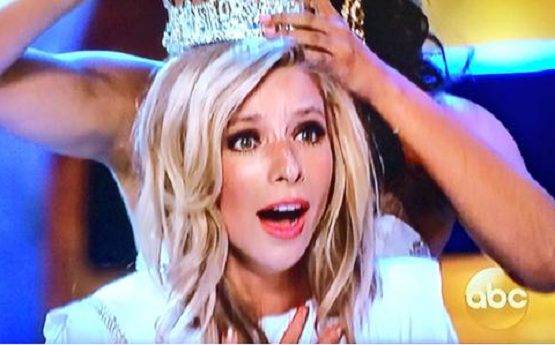 You probably know her best as the newly-crowned Miss America or the contestant who belted out the infectious pop tune “happy” as she gleefully tapped on a red solo cup. But here’s something you probably didn’t know about the new Miss America.

According to her Linked-In profile, Kazantsev interned at Planned Parenthood in Hempstead, New York. Her job duties at the company that snuffs out of the lives of young baby girls? “Assisted delivery of programs in local public schools, teaching children about mutual respect & self-esteem” and “Conducted research on Planned Parenthood Education.”

So the woman representing the nation as the new Miss America interned for the very organization that has killed millions of Americans in abortions.

Ambulances are usually only called to abortion clinics in the event of life-threatening medical emergencies. There has been a trend to bypass the 911 exchanges and call ambulance companies directly in order to keep pro-life groups from obtaining potentially damaging information about the abortion complications though open records requests.

In 2012, Planned Parenthood in New York City was also found to be willing to go along with arranging abortions for victims of sex trafficking.

While staff at the Planned Parenthood centers in other states offered to arrange abortions or STD testing for the sex traffickers and guided them in how to keep the actions from authorities, staff in New York tell the Undercover “pimp” he can pose as a guardian to get discounts for his underage sex workers. The abortion center staff assured him they will  see underage girls as young as 13 who have been victimized by the sex traffickers.

The video shows sex ring operator asks specifically about services that include testing for STDs and abortion for underage girls who don’t speak English and who are engaged in “sex work.” Throughout the footage, Planned Parenthood staff insist that the services and discussions are confidential and private — even though such acts should be reported to authorities if the sex traffickers had not been engaged in a sting operation.

The staffer offers guidance on how the pimp’s underage girls can get insurance through tax payer funded programs to pay for abortions and other services even if the underage girls are not U.S. citizens.

So why did Miss America Kira Kazantsev worked as a researcher for an abortion business that was willing to set up abortions for women victimized by sex trafficking? Maybe she should have done her research beforehand.