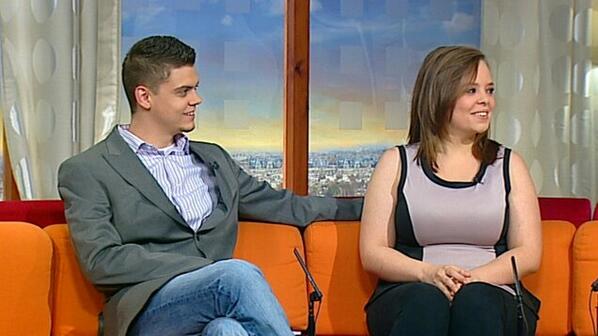 In 2009, Catelynn Lowell and Tyler Baltierra became famous after staring in MTV’s “16 and Pregnant” and choosing adoption over abortion. At a recent Love Life Festival in Ireland, Catelynn described what happened after she found out she was pregnant:

“My mom woke me up at 6 o’clock in the morning and she was like, ‘do you want to get an abortion?’ And I was so scared in that moment. My whole life I knew it wasn’t right for me but when I found myself in the scary situation at such a young age…it did pop in my head for a second even though I was against it my whole entire life.

And I was crying about it, I knew it wasn’t right. I went back to sleep. Tyler got home from school and he printed out all the procedures, the pictures, what they do and he showed them to me. And that reinforced it even more– there is no way I would be able to live with myself if I killed my child– there was no way.”

Tyler agreed with Catelynn and said, “I spent one whole hour of class time just going through ever single abortion procedure at every single trimester. I printed out all these pictures and I really did my research and learned stuff about abortion that I didn’t even know about. And so we canceled out abortion really quick. Then we obviously decided that adoption would be the best option for us.”

Tyler and Catelynn placed their daughter, Carly, for adoption and have no regrets about their decision.

Josiah Presley, an abortion survivor from South Korea, also spoke at the event and said, “Life if precious, life is beautiful, and we need to respect all life. A lot of times people look down on people with disabilities, like myself. I think we need to just remember that these are people, and to a degree I would say we all have certain disabilities in that there are some thing we are not able to do. We all have our limits”

Earlier this year, Josiah praised the loving choice of adoption by commenting on his own adoption: “There are families out there willing and wanting to adopt the least of these. I was saved from an untimely death and I was placed in a home where I was loved and cared for and learned about the love of Christ, my admiration and my love for my parents has grown over the years as I’ve seen their day in and day out sacrifice for me and my siblings.”

In the United States there are approximately two million parents waiting to adopt a child. Adoption stories like Josiah’s, and Tyler and Catelynn’s, remind the world that through adoption babies are saved from abortion.

Watch the inspiring video below: