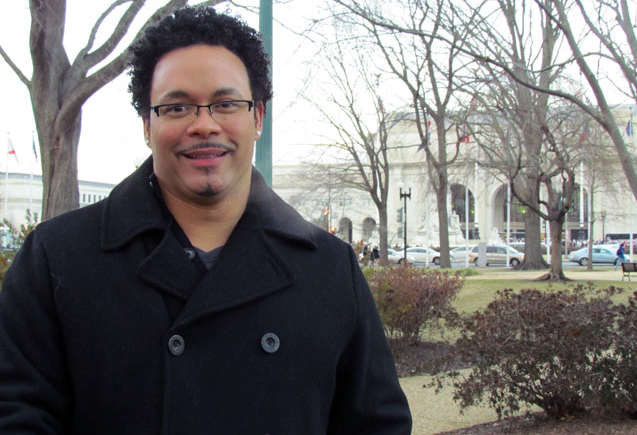 Ryan Bomberger, a prominent black pro-life advocate who is a LifeNews blogger, is still facing off with the pro-abortion NAACP.

Earlier this year, a judge issued a radical ruling denying Bomberger his free speech rights in a lawsuit the NAACP filed because it is upset about a column Bomberger wrote at LifeNews titled, “NAACP: National Association for the Abortion of Colored People,” which notes its long pro-abortion history.

Now, Bomberger is out with a new opinion column on what’s happening and, because LifeNews is not content to sit back and let the NAACP roll over our free speech rights, we’re happy to blog post the content of the article, with credit to our pro-life friends at TownHall:

The NAACP (which inaccurately goes by the National Association for the Advancement of Colored People) believes and promotes the lie. Since February 2013, the nation’s oldest civil rights group has spent over half a million suing The Radiance Foundation and me, personally, for what it charges as “trademark infringement, confusion and dilution.” This so-called infringement included The Radiance Foundation’s news articles that detailed the NAACP pro-abortion actions, suggesting a name more befitting of the abortion-pushing organization. Apparently, truth and parodying an organization’s name are not protected under the First Amendment.

The irony in this is rich. Rush Limbaugh has parodied the NAACP’s name since Clarence Thomas’s Supreme Court confirmation, claiming that the organization is only concerned about the advancement of a certain kind of folk–liberal colored people. He continues to use the parody any time he speaks of the leftist organization. However, the NAACP isn’t suing a wealthy white broadcaster (who has an audience of millions every single day) for causing “confusion” of their brand. They’ve chosen, instead, to sue a black man, with far less means for daring to call them out. Is this yet another example of black-on-black crime?

In federal court, the once great civil rights group convinced Judge Raymond Jackson to disregard our civil rights as well as all of the documentation proving how radically pro-abortion the NAACP has become. The judge ruled against The Radiance Foundation, declaring that the parody we employed isn’t, technically, a parody because he didn’t find it to be “funny”. So, he banned us from even mentioning the parodied name or ever parodying the NAACP’s name in the future. Contradicting all presented evidence, Judge Raymond Jackson declared “the NAACP has no formal position or policy regarding abortion” despite the fact that the NAACP itself declared, in its own press release, that it “took an historic pro-choice position” back on February 24, 2004. (Download and read the outrageous Opinion and Order and the Permanent Injunction Ruling.) There is no question about the NAACP’s position on abortion. They passed a resolution at their annual convention in 2004 erroneously entitled: “The March For Life”. Never let it be confused that the organization, which historically fought for the most disenfranchised among us, actually supports the March for Life that brings hundreds of thousands of prolife advocates to the nation’s capital each year to be educated and motivated to fight the social injustice of abortion. The NAACP resolution proudly supported the National Organization for Women (NOW), Planned Parenthood and NARAL radical abortion march on DC. (It was originally named the “March Against Fear” but renamed to the “March for Women’s Lives”.) This unapologetically pro-abortion event was originally pushed by NOW because Congress had passed the Partial Birth Abortion Ban. So the NAACP’s public foray into advocating for abortion was to demand what most Americans consider the most heinous and most violent form of abortion–partially birthing a child, then (for no medical reason) severing the child’s head from its body or crushing the skull and sucking the child’s brains out and dismembering the rest of the child, piece by piece.

The judge wrongly claimed on page 41 of the Order: “The NAACP has intentionally refrained from taking a stance on abortion, and certainly has not been alleged to advocate for the abortion of people of color.” Never mind the NAACP not only promoted the pro-abortion “March for Women’s Lives”, it led from the stage. Former NAACP President Julian Bond was a featured speaker at event as well as the keynote speaker at a fund-raising dinner for NARAL, the same year, where he praised the fact that “black women exercise that precious [abortion] right at a rate far exceeding their percentage in the population.” Never mind Planned Parenthood is a corporate sponsor of the NAACP’s annual conventions. Never mind the NAACP filed a lawsuit against the state of Arizona for its Prenatal Non-Discrimination Act, which banned sex-selection and race-based abortions. Never mind the recent president of the NAACP, Benjamin Jealous, was the keynote speaker at a Planned Parenthood of Southeast Georgia fundraiser where one could purchase a $1000-a-Margaret-Sanger-Founders-Circle package to help raise money for the political arm of the abortion chain.

Sixty percent of viable black pregnancies are aborted in New York City, the home of NARAL and Planned Parenthood. As highlighted in our TooManyAborted.com initiative, more black babies are aborted in New York City than are born alive: 1,223 black babies are aborted for every 1,000 born alive. Yet the NAACP has officially endorsed Governor Cuomo’s radical pro-Gosnell “Women’s Equality Act” that would eliminate all restrictions on abortion in a state that already aborts over 100,000 per year through the 249 abortion facilities in the state.

The irony never ends: the nation’s oldest civil rights group suing a black man for exercising his second most basic civil right—the freedom of speech. This lawsuit is nothing more than a multi-million dollar organization’s attempt to bully someone who’s simply telling the truth. Our inner-cities are crumbling, two-parent married families barely exist, 72.3 percent of black children are born into homes without fathers, and the NAACP wants to silence us for pointing out its documented support of the killing of over 16 million black lives since Roe.

I believe this trial in life will have a happy ending. We’ve now officially appealed this case to the Fourth Circuit of Appeals and are being defended by Alliance Defending Freedom. Our hope is that truth and justice prevail and that our guaranteed, precious right to free speech is protected. Even more importantly, we hope that so-called “leaders” in the civil rights movement have their consciences awakened to realize no right is more valuable and in need of defense than the foundational Right to Life.