A Wilmington, Delaware Planned Parenthood has egg on their face after calling police to report a suspicious package which, as it turns out, blew out of their own trash dumpster.

According to Delaware Online, Wilmington police were called out to the area of Sixth and Orange streets where the alleged “suspicious package” was discovered Wednesday morning.

In response, police shut down Orange St. from 6th to 7th St while they investigated.

The package was discovered about 8:10 a.m. in the rear parking lot of Planned Parenthood in the 600 block of Orange St.

The box was examined by members of the Explosive Ordnance Disposal team and found to contain nothing, Master Sgt. Donald Bluestein said. 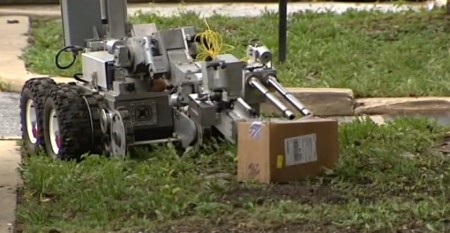 The area was cleared around 9:45. Police believe it was trash and had blown out of a dumpster in the lot of Planned Parenthood, Browne said.

Police suspect the box probably blew out of Planned Parenthood’s dumpster because of the wind.

A Planned Parenthood in Wilmington was the site where several employees quite accusing the abortion clinic of horrific practices.