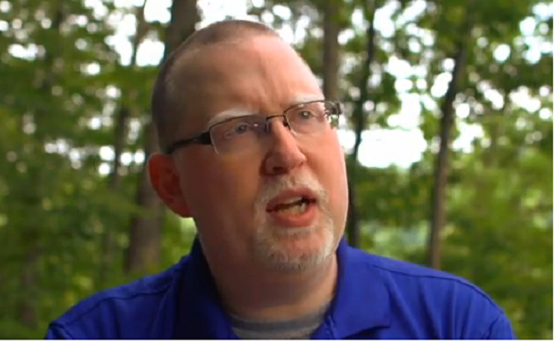 Bryan Hinkle was living the American dream.  But a disease called CIDP got in the way.  CIDP (Chronic Inflammatory Demyelinating Polyneuropathy) is an autoimmune disease that attacks the peripheral nerves.

Bryan was diagnosed with CIDP as a teenager, but the disease was masked and controlled with medication and life went on.  Then his disease came back with a vengeance, robbing him of virtually all feeling in his legs and feet.

He ended up in a wheelchair, depressed and afraid.

“My biggest fear was that I was going to die,” says Bryan of those darkest of days.  “This disease was winning and it was going to overtake me.  I was just living my days, waiting for the end to come.”

But then Hope made a comeback.  Bryan came across news of a doctor in Chicago who had developed a ground-breaking adult stem cell therapy for CIDP.  Bryan was accepted into the treatment program, and received a transplant of his own adult stem cells as part of the therapy.  Within two days he noticed a difference, and his recovery continued from there.

Today Bryan has his American dream back.  He leads a happy, healthy life thanks to adult stem cells, a discovery that’s changing the face of regenerative medicine and giving people real hope in their fight against dozens of diseases and conditions.  Bryan says, “I’ve regained my independence.  I’m helping take care of my children, I’m being the husband and the father that I dreamt about not too long ago.  And for that, I’m just thankful—thankful and amazed.”