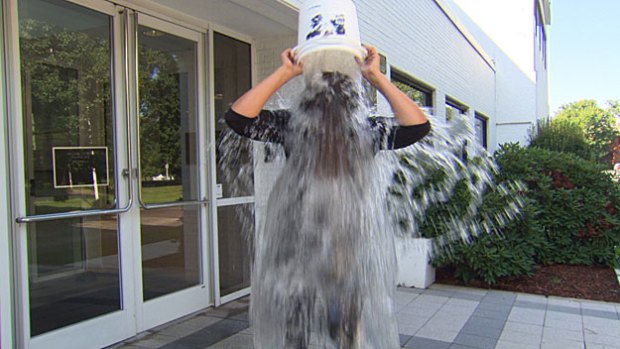 The popularity of the #IceBucketChallenge continues on social media across the nation. This is the campaign to raise awareness about amyotrophic lateral sclerosis (ALS), often called Lou Gehrig’s Disease.

The pro-life community has a soft spot in its heart for the disabled and terminally ill. After all, they are often targeted in abortion or euthanasia. Unfortunately, as LifeNews has documented, there is a chance your donation to The ALS Association could be used to support embryonic stem cell research.

Embryonic stem cell research can only be done on the backs of destroying human embryos, unique human beings, for their stem cells. Unlike adult stem cells, embryonic ones have never worked in humans in part because of rejection issues by human immune systems and the fact that they form tumors. Only adult stem cells have ever actually treated human patients.

For example the ALS Association reported that that last year they gave $500,000 to Northeast ALS Consortium (NEALS), the largest association of ALS clinical researchers in the world. Likely, the ALS Association will give more to NEALS this year with the popularity of the Ice Bucket Challenge.

NEALS helps run clinical trials for ALS. On their website, they say that a “NEALS-affliated” trial is one where the “sponsor of the trial has contracted NEALS Coordinating Centers to help conduct the trial. A sponsor may contract NEALS to manage an entire trial or just a portion of the work.”

I found a NEALS-affliated active trial on their website that clearly states it uses stem cells that originated from an electively aborted fetus. The trial is being funded by NeuralStem Inc. and the description states:

These stem cells have been engineered from the spinal cord of a single fetus electively aborted after eight weeks of gestation. The tissue was obtained with the mother’s consent.

Of course the fetus, from whom the “tissue” was taken, did not “give consent.”

In an email to Religion News Service, Carrie Munk, a spokeswoman for the ALS Association, said that the organization primarily funds adult stem cell research.

“Currently, The Association is funding one study using embryonic stem cells (ESC), and the stem cell line was established many years ago under ethical guidelines set by the National Institute of Neurological Disorders and Stroke (NINDS); this research is funded by one specific donor, who is committed to this area of research,” she said. “The project is in its final phase and will come to an end very soon.”

Lila Rose of Live Action responded to LifeNews about the information.

“It is noble to combat a deadly disease, and the ice bucket challenge definitely puts a fun spin on philanthropic efforts.  That’s why it’s such a shame that the ALS Association, while striving to save some people, chooses to support research that thrives from experimenting on and killing tiny, innocent human beings,” she said. “Embryonic stem cell research, which requires the destruction of pre-born people, is inherently unethical and a violation of fundamental human rights, and even materialists must admit that promises of its benefits have failed to deliver.  There is no good reason to condone this practice; in fact, all it does is taint the ALS Association, whom I’d otherwise be happy to support.”

ALSA, which is otherwise an excellent organization promoting a very good cause, funds “ethical” research that involves the destruction of human beings to supposedly benefit other human beings. For those with qualms, here are alternatives to consider.